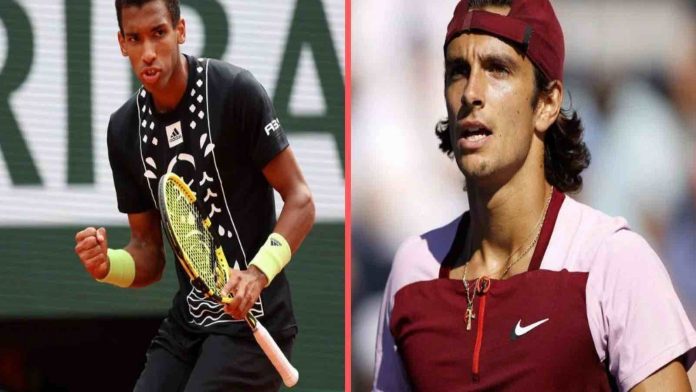 On Saturday at the Firenze Open, top seed Felix Auger-Aliassime and third seed Lorenzo Musetti will square off in a highly anticipated semifinal match.

The Canadian gets a walkover to the second round since he was the tournament’s top seed. In this match, he defeated Oscar Otte 6-3, 6-7(2), 6-2 to get to the quarterfinals. With a strong effort, Auger-Aliassime defeated eighth-seeded American Brandon Nakashima in the round of eight, 6-3, 6-4, and assured his place in the Firenze Open quarterfinals.

Musetti, who had a bye into the second round like Auger-Aliassime, defeated Bernabe Zapata Miralles 6-3, 6-0 to advance to the quarterfinals. The Italian, who was playing Mackenzie McDonald, got off to a terrific start by winning the first set 4-0. The American resisted and succeeded in turning the tide. In the seventh game, he too faced two break opportunities, but Musetti saved them to take the set 6-3. Both players had break points in the first games of the second set, which got off to a strong start. Musetti, though, defeated McDonald twice and won the set 6-2 to go to the Firenze Open semifinals.

In their previous meetings, Musetti and Auger-Aliassime are up 2-1. The Italian won 6-2, 7-6 in their most recent encounter, which took place in the second round of the Monte-Carlo Masters (2).

Although the Italian now leads the head-to-head series, the Canadian player appears to be in good form and should be able to prevail.