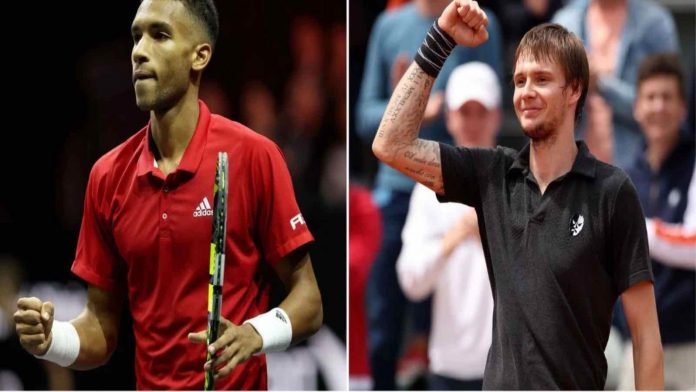 In the second round, Auger-Aliassime faced Miomir Kecmanovic after defeating Marc-Andrea Huesler in three sets. To begin the match, each player held service once. The Canadian then won five straight games to win the first set. In the second set, Auger-Aliassime maintained his lead, making it even more lopsided. In less than an hour, he served up a bagel to win the match 6-1, 6-0. It was his milestone 50th victory of the season and his 10th straight triumph.

Alexander Bublik advanced to the second round and met Albert Ramos-Vinolas there after defeating Aslan Karatsev. In the sixth game of the first set, the Kazakh had a few break points but let the chance slip away. Bublik increased his advantage to 4-2, making it 3-2 after securing a break of serve in the fifth game. At 5-3 in the match, Ramos-Vinolas was serving to stay in it when the Kazakh broke his opponent’s serve once more to win 6-3, 6-3.

The head-to-head record between them is knotted at 1-1 after their two previous encounters. At the 2020 Hamburg Open, Bublik triumphed in their previous meeting in straight sets.

Bublik is a fickle player, and his play is characterised by periods of inconsistency. That won’t help him at all when he next plays an Auger-Aliassime who is in good shape. It appears quite improbable that Bublik will break the young Canadian’s winning streak at this time because he appears to be in the zone.