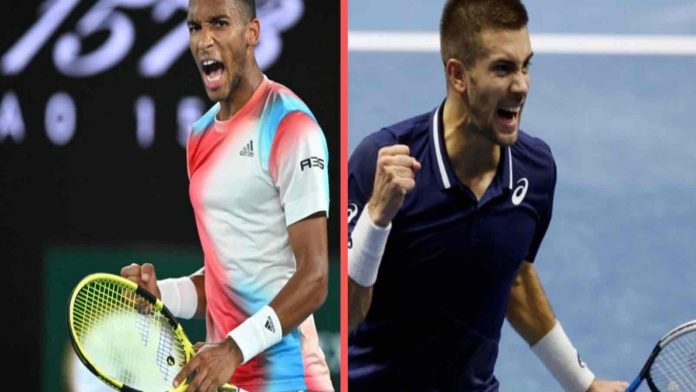 This season, the Canadian has triumphed in 36 of the 55 games. The World No. 9 entered Cincinnati coming off of a Canadian Open quarterfinal loss to Casper Ruud. His sixth quarterfinal appearance of the year came this time on home turf. The No. 9 player in the world gets a bye in Cincinnati’s opening round. In the second round, Auger-Aliassime faced off against Alex de Minaur and blasted nine aces to defeat the Australian 6-3, 6-2. The Canadian defeated 10th seed Jannik Sinner 2-6, 7-6(1), 6-1 in the third round encounter.

In his 15 games thus far this season, Coric has seven victories. The Croatian has had five early exits this season, hasn’t claimed any hardware since 2019, and hasn’t advanced to a championship match since 2020. This year, he has taken part in a number of Challenger-level competitions. He only lost one set during the whole Parma Challenge, which he won. The Croat lost to fellow countryman Marin Cilic in the first round of the Canadian Open last week. In Cincinnati, the 25-year-old has delivered some outstanding performances. He defeated Lorenzo Musetti in the opening round 7-6(2), 6-3. He then upset Rafael Nadal to record his biggest victory to date.

Auger-Aliassime has had a much better season than the Croat. Unless the Canadian falters badly, he is the favorite to advance to the semifinals.