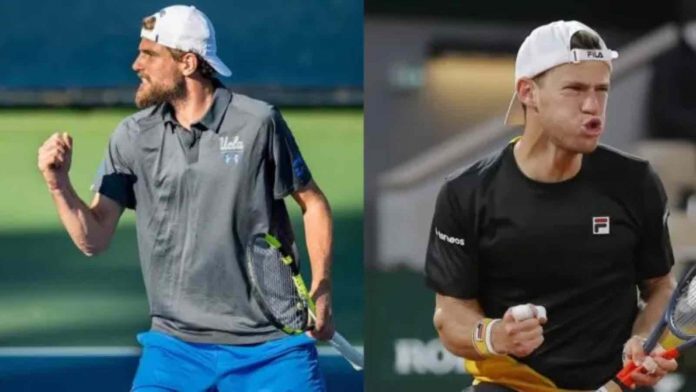 In the opening round of the Paris Masters on Monday, world no. 34 Maxime Cressy of the United States will compete against world no. 21 Diego Schwartzman of Argentina.

When Cressy comes onto the court to face Schwartzman, he will be making his tournament debut. But just twice before, most recently in Montreal, did he advance past the opening round of a Masters competition. He has, however, won on the tour this year, in contrast to his rival. He lost in the Melbourne Summer Set and Eastbourne finals before winning the Hall of Fame Open in Newport Beach, marking his first victory on the ATP tour. His results have not been as impressive since suffering an injury that appeared to temporarily halt his momentum at the US Open. He was eliminated last week in Basel during the first round by Swiss player Dominic Stricker.

In Paris, Schwartzman has never advanced past the second round. His success in Masters competitions has primarily been limited to clay, the surface on which he excels. In 2022, back in February in Rio, he made it to one final on clay, when he had the unfortunate encounter with Carlos Alcaraz, a force of nature. He isn’t having the best season, which is unfortunate for him. He’s lost each of his five matches since making it to the third round of the US Open. During that stretch, he suffered first-round losses in Tel Aviv, Antwerp, and most recently, Vienna, where he was defeated by Andrey Rublev in straight sets.

The previous match between the two took place at Indian Wells the previous year, with Schwartzman coming out on top in three sets.

Despite having a higher ranking than Schwartzman going into this match, the American seems to be more suited to the surface and has been playing poorly at the end of the season.

Prediction: Cressy to win in 3