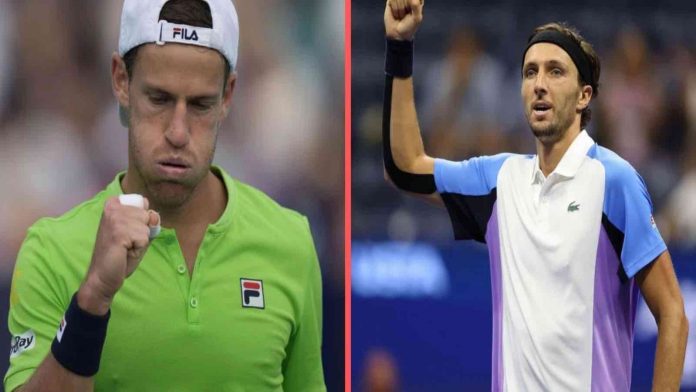 On Thursday, the second round of the Tel Aviv Open will see Diego Schwartzman, the third seed, taking on Arthur Rinderknech.

At the Adelaide International 2, when he lost to Thanasi Kokkinakis 6-7(6), 7-6(5), 6-3, Rinderknech put on his greatest performance of 2022. The Frenchman competed at the Qatar Open and advanced to the semifinals before falling to Nikoloz Basilashvili. Rinderknech advanced to the quarterfinals of the Moselle Open in Metz with victories over Jaume Munar and Nikoloz Basilashvili after falling to Daniil Medvedev in the second round of the US Open. To Hubert Hurkacz, the second seed, he fell short 6-3, 6-2. He subsequently participated in the Tel Aviv Open, where he defeated Marius Copil 6-7(5), 6-4, 6-3 to get to the second round.

Schwartzman and Rinderknech have never faced each other before, hence their head-to-head record is 0-0.

As a source of unearned points, Rinderknech will rely on his strong serve. If the Frenchman wants to have a chance of winning the game, he cannot afford to commit too many mistakes. At some point, Schwartzman ought to be able to defeat Rinderknech and guarantee his place in the Tel Aviv Open quarterfinals.