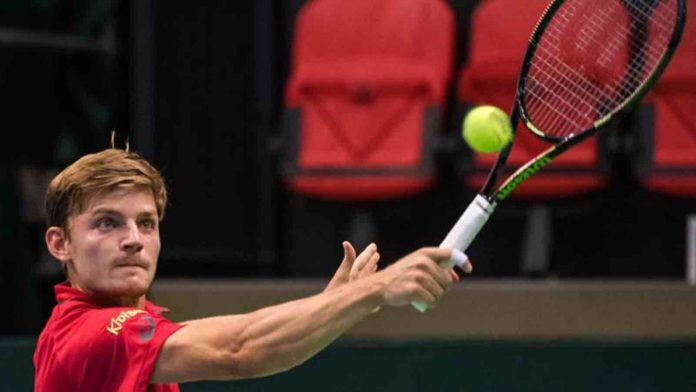 The Belgian wildcard Gilles Arnaud Bailly made Goffin work extremely hard in the first round; but, he had no such issues on Thursday night against the number three seed and world number 19, Diego Schwartzman. The Argentine was challenged on serve right away and lost in the third game of the contest. Even though he had to fend off more Belgian attacks, he was able to regain the break right away and held on for the tie-break. Goffin, however, easily prevailed in the tie break. Schwartzman received no reprieve in the second set, and Goffin did not let him off the hook this time. To win the match, he celebrated in style with a second break.

In the opening round, Gasquet trailed Stan Wawrinka by three match points but came back to win. In their matchup in the second round, Swiss qualifier Dominic Stricker gave him yet another difficult test. In the first set, Gasquet dropped his serve before breaking back right away as the momentum swung back and forth. In the next tie-break, each had mini-break advantages at various points before Gasquet won the set. The second set, which started with Stricker losing his serve, continued to be intense. Break points for both men came and went until Gasquet was finally broken. But he eventually succeeded in serving out after breaking Stricker again to love.

The two have faced off against one another four times, with Goffin holding a three-to-one advantage in the head-to-head series. Goffin prevailed in their first meeting in Japan in 2017, while Gasquet prevailed in Montpellier the following year. But in 2019, in the Masters competitions in Cincinnati and Shanghai, the Belgian came out on top in both of their matchups.

The odds appeared to be in Goffin’s favour. He is younger, has a better head-to-head record, and is playing in front of his home audience.

Prediction: Goffin to win in 3

Thank you for reading it. Leave us a comment if you liked i