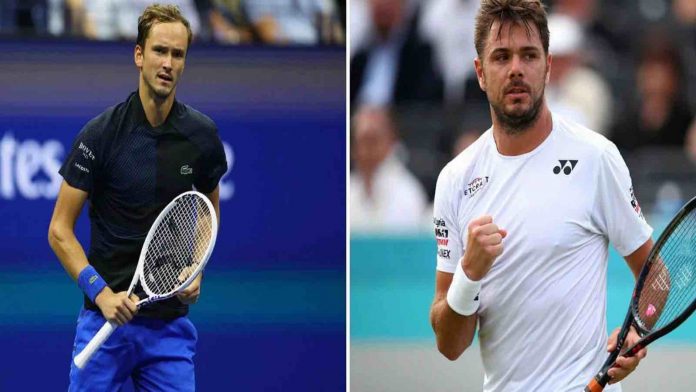 Top seed Daniil Medvedev will play vs three-time Grand Slam champion Stan Wawrinka in the 2022 Moselle Open second round after receiving a bye in the first round.

For Medvedev, this year has been difficult. Rafael Nadal produced a comeback to win the Australian Open, denying him the victory. Later, in Acapulco, he was able to finally secure the World No. 1 position. Although Medvedev made it to a few grasscourt finals, the All-England Club’s prohibition on Russian and Belarusian players prevented him from competing at Wimbledon. He won his first championship of the year in the Los Cabos Open after rejoining the circuit. Despite being the reigning champion when the US Open began, Medvedev fell to Kyrgios in the fourth round.

Stan Wawrinka qualified for the Moselle Open after defeating Laslo Djere and Zsombor Piros in the first round. In the opening round, the Swiss faced up against Joao Sousa. The first set was fiercely contested, with neither player managing to break the other’s serve with the pair protecting their serves admirably. In the subsequent tiebreak, Wawrinka played flawlessly, dropping just one point to prevail and take the lead. The third Major champion ran away with the final five games of the match to win 7-6 (1), 6-2, making the second set pretty one-sided.

In their head-to-head matchup, Medvedev leads Wawrinka 2-1. In the fourth round of the 2020 Australian Open, the Swiss prevailed in their previous match in five sets.