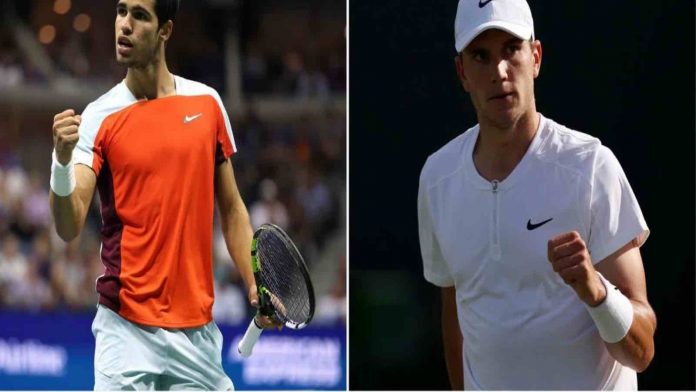 At the 2022 Swiss Indoors, top seed Carlos Alcaraz will face off against Jack Draper in the opening round.

With his performances this year, Alcaraz has solidified his position at the pinnacle of the men’s game. He won the Miami Open after reaching the Indian Wells Masters semifinals. He advanced to the fourth round at Wimbledon and the quarterfinals at the French Open, respectively. After that, the Spaniard finished second in Hamburg and Umag in a row. Alcaraz’s greatest performance prior to the season’s final Major was a quarterfinal showing at the Western & Southern Open. Then, he captured his first Grand Slam championship at the US Open, rising to the top of the world rankings. Later, when competing in the Davis Cup, he defeated Soonwoo Kwon but fell to Felix Auger-Aliassime. The Astana Open first round exit came after that.

Jack Draper, a young British player, is currently experiencing his own breakout campaign. He began the year by taking home four Challenger circuit championships. At the US Open, he became the first player to advance to the third round of a Grand Slam. At the Canadian Open, Draper defeated competitors like Stefanos Tsitsipas and Gael Monfils on his way to reaching the quarterfinals of the Masters 1000 for the first time. He reached the semifinals of the Eastbourne International as well, and his highest ranking to date is No. 46. After his performance at the US Open, Draper had a short injury break. He made it to the second round of the European Open last week, his first tournament back on the circuit, but he was defeated by Hubert Hurkacz.

The young Spaniard could have challenges because Draper is an adept shotmaker. Alcaraz should be able to overcome the Brit’s obstacles, though, in order to move further.