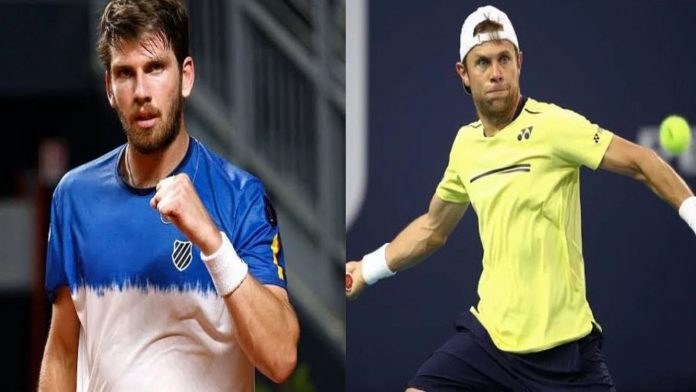 Third seed Cameron Norrie will square off against Radu Albot in the quarterfinals of the Los Cabos Open on Friday.

With 33 victories from 49 matches including championships at the Delray Beach Open and Lyon Open, Norrie has been improving this season. Additionally, he finished in second place at Acapulco and advanced to the Wimbledon semifinals. The 26-year-old started his hardcourt season in Mexico with a powerful performance against Chun Hsin Tseng in the second round, defeating the Taiwanese player 6-3, 6-0. He was given a bye in the first round.

Albot, in contrast, has enjoyed a typical season thus far, winning 26 of his 48 games. At the Los Cabos Open, he had his first-ever main tour quarterfinal appearance. The Moldovian competitor also advanced to the last eight at the Mauthausen and Phoenix Challengers. His early exits from the Atlanta Open, Hall of Fame Open, and Wimbledon Championships preceded his entry into Mexico (qualifier). In the first round, Albot defeated Feliciano Lopez to end his losing skid, and in the second round, he defeated Jason Kubler in straight sets.

Norrie and Albot have never faced each other. Their head-to-head is locked at 0-0.

Albot will need to devise a strategy to stay as far away from Norrie’s forehand as he can. In his previous encounter, he defeated Kubler with ease, winning 71% of the first serve points and converting all of the Australian’s break point chances. His excellent footwork, calm demeanour, and tenacity on the court more than make up for his short stature.

Norrie will face a persistent opponent who enjoys playing lengthy rallies and will exert all of his effort to win every point. The British player, though, appears to have excellent control over all aspects of his game and is now on fire. He ought to be able to outsmart the Moldovian in the quarterfinals by finding weaknesses in Albot’s strategy.