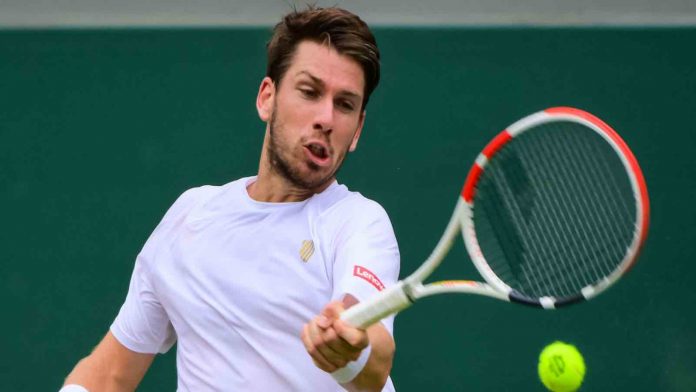 On Monday, October 31, the No. 12 seed Cameron Norrie of Britain will play Serbia’s Miomir Kecmanovic in the opening round of the 2022 Paris Masters.

13 in the world, two of Cameron Norrie’s most noteworthy accomplishments in 2022 were winning championships in Lyon and Delray Beach. Norrie is competing in his third Paris Masters. Norrie has won a Masters 1000 championship in his career, and that trophy came at Indian Wells last year. Norrie reached his first Grand Slam semifinal at Wimbledon this year. His most recent accomplishments include reaching the semifinals in Cincinnati and the U.S. Open, where he reached the fourth round. He has not been able to win back-to-back games in the most recent competitions. He won the first round of the most recent competition held in Vienna but lost the second.

Felix Auger-Aliassime destroyed the structure Miomir Kecmanovic will be unconfident going into the opening round of the Paris Masters after going 1-6, 0-6 in the second round in Basel. Eight days ago, he reached the semifinals in Napoli. Earlier this month, in Tokyo, he reached the quarterfinals. Overall this season, JKecmanovic has lost six quarterfinal matches while making it to three semifinals. Consequently, he enters the tournament with a 38-25 season record. He has made two previous visits in Paris Masters, but he will be aiming to perform better this time. He has only won one match there. Two quarterfinals of the ATP 1000 have already been reached by him this year. The first was in Indian Wells, while the second was in Miami.

In their lone clash in St. Petersburg in 2020, Norrie prevailed.

Norrie has been picking up a lot of victories this year and hopes to finish the campaign strong in Paris. He should move on to the next round.