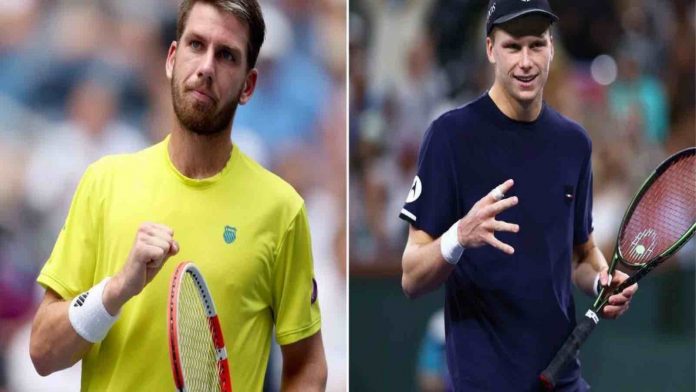 Norrie faced Kaichi Uchida in the second round after receiving a bye in the first round. The British player put his opponent under strain right away and quickly won five straight games to win the first set. Norrie continued to dominate Uchida in the second set as well, with little opposition. The Japanese held serve, giving the World No. 8 a 3-1 lead before his momentum was stifled. He recovered by winning the following three games in a row to take the match 6-2, 6-2.

In Seoul, Jenson Brooksby faced Wu Tung-lin in the opening round of his campaign. He lost the second set after winning the first one in a close match. He came back well to win the third set and the match 7-6 (5), 3-6, 6-0. In the second round, he faced Kwon Soon-woo. To win the set, he maintained a lead until the very finish. At the beginning of the second set, Brooksby obtained a break of serve to take a 2-0 lead, but Kwon was able to return to serving down the line. In the seventh game of the set, the 21-year-old made another break to extend his lead to 4-3. The American won 6-3, 6-4, and the match was ended shortly after that.

In their matchup, Norrie has a 1-0 advantage over Brooksby. At the Indian Wells Masters in 2022, he defeated them in a 3-0 fashion.

Both frequently use their defensive skills and rallying tactics, but Norrie is more skilled in this area. He can perform Brooksby’s tasks more effectively. The British player’s game is too steady, and he should be able to withstand any challenge from his younger opponent to make it to Seoul’s last four.

Prediction: Norrie to win in 3