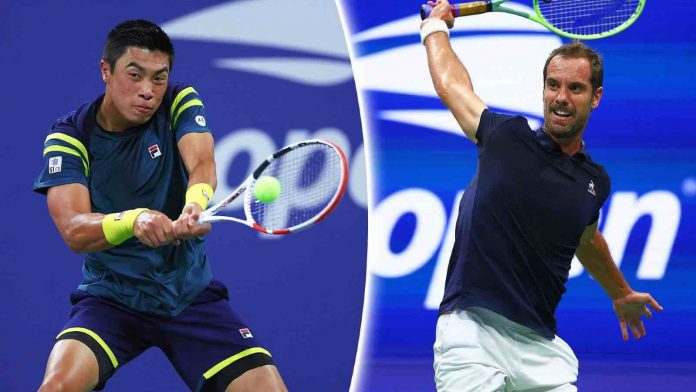 In the opening round of the 2022 Firenze Open, eighth seed Brandon Nakashima will face up against World No. 83 Richard Gasquet.

Nakashima is currently having his greatest season thus far in his career. At the French Open, he advanced to the third round of a Major for the first time. He subsequently advanced farther at Wimbledon by beating Nick Kyrgios in the fourth round. After that, Nakashima advanced to the US Open third round. He competed in the San Diego Open after leaving New York and made it to his third career final there. To earn his first career title, he then fought Marcos Giron. After that, he took part in the Japan Open, where he lost to Borna Coric in the second round.

For the first time since 2015, Richard Gasquet advanced past the first round of all four Majors this year. At Wimbledon and the US Open, he advanced to the third round while making it to the second round of the Australian and French Opens. His second noteworthy performance came in the Geneva Open semifinals, where he defeated World No. 2 Daniil Medvedev. Recent activities for Gasquet includes competing in the Davis Cup, where he won both of his singles matches. However, it wasn’t sufficient to enable France advance past the group stage. Then he participated in the Moselle Open, where in 2004 he made it as far as his first ATP final before losing to Dominic Thiem in the opening round.

The backhand of Gasquet, which is his favoured shot for scoring points, is still a formidable weapon. Nakashima is currently a more reliable player overall, and his two-hander isn’t all that horrible either. The young American is expected to overcome the veteran’s resistance and make further progress.