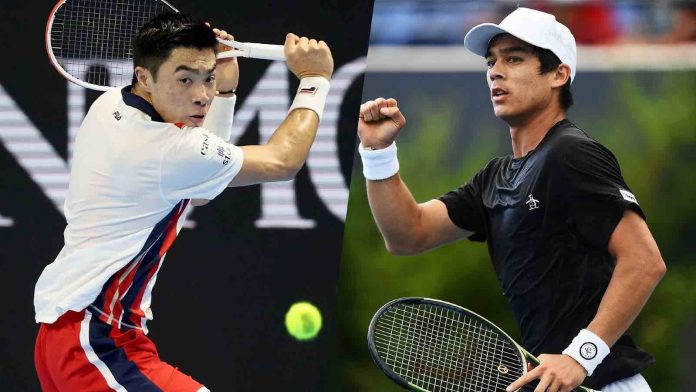 On Monday, January 16, an all-American first-round match at the Australian Open 2023 will take place between Brandon Nakashima and Mackenzie McDonald.

Brandon Nakashima eventually finished the 2022 season with a 35-23 win-loss record after a sluggish start. Then, at the San Diego Open, the World No. 47 won his first tour championship, and he later added the NextGen ATP Finals crown to his collection. However, Nakashima’s 2023 campaign didn’t get off to a great start as he lost in the opening round of the Adelaide International 2. At the Kooyong Classic, he beat Jordan Thompson with a commanding 6-4, 6-2 victory.

McDonald raised his world ranking to No. 48 in 2022 after making it to the semifinals in Naples and three additional quarterfinals on the tour. However, he and Marcelo Melo teamed up to win their first doubles match in Tokyo. Prior to competing in the Australian Open, the 27-year-old, who is now ranked 63rd in singles, won one match at each of the two Adelaide International competitions.

In their head-to-head matchup, McDonald leads Nakashima 1-0. At the Cincinnati Masters in 2021, he defeated Nakashima in their sole prior encounter, 7-5, 6-2.

Nakashima’s double-handed backhand is a powerful tool that he may use to damage his adversaries. The quick-paced Melbourne Park courts will help him, as will his exceptional speed and court coverage. McDonald, on the other hand, is a reliable baseliner but he lacks the resources to regularly harm his opponent. Nakashima has a solid chance of defeating McDonald for the first time if he can start out aggressively and limit his unforced errors.

Prediction: Nakashima to win in 4