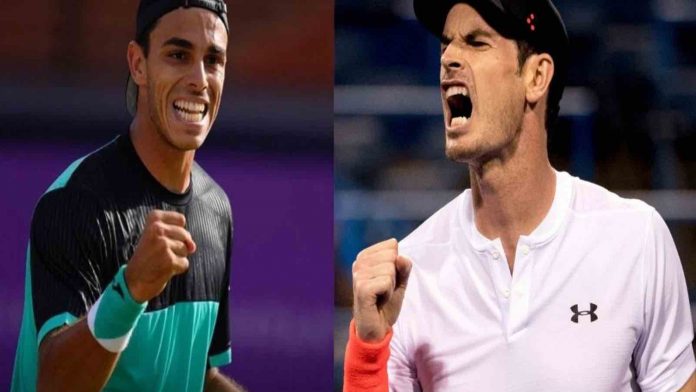 Former US Open champion Andy Murray will clash against 24th seed Francisco Cerundolo in the first round of the US Open on Monday.

The British player, who started the season with a World No. 134 ranking, is currently inside the top 50. Murray began the year by reaching the Sydney International finals, his first final since 2019. In the final confrontation, he was unable to defeat Aslan Karatsev. After skipping the clay season, he advanced to the Surbiton Challenger semifinals on grass before being defeated by Denis Kudla. The next week, at the Stuttgart Open, Murray advanced to his second final of the year before being defeated by Matteo Berrettini. After losing to fellow countryman Cameron Norrie in the third round of the Cincinnati Masters, Murray will compete in the US Open. This season, he has accumulated 20 victories and 14 defeats.

The same goes for Francisco Cerundolo, who has 20 wins and 14 losses. First notable tour-level performance for the 24-year-old came at the Argentina Open, where he advanced to the quarterfinals before falling to fellow countryman Diego Schwartzman. In the Rio Open semifinals the following week, Schwartzman once more defeated him. At the Miami Open, the Argentine went to his first Masters 1000 semifinal. He had dismal records before to the Swedish Open, where he won his first ATP championship by defeating fellow countryman Sebastian Baez in the final. He also advanced to the German Open semifinals before losing to eventual champion Lorenzo Musetti. Cerundolo will enter the US Open after losing to Roberto Bautista Agut in the Cincinnati Masters’ opening round.

The duo are yet to compete against each other. They have a head-to-head record of 0-0.

There are no definite favourites in this matchup. In contrast to the younger rival, the former US Open champion might find it difficult to maintain his stamina. The way Cerundolo approaches playing against one of the best will determine the outcome of this match.

Predicition: Cerundolo to win in 5 sets