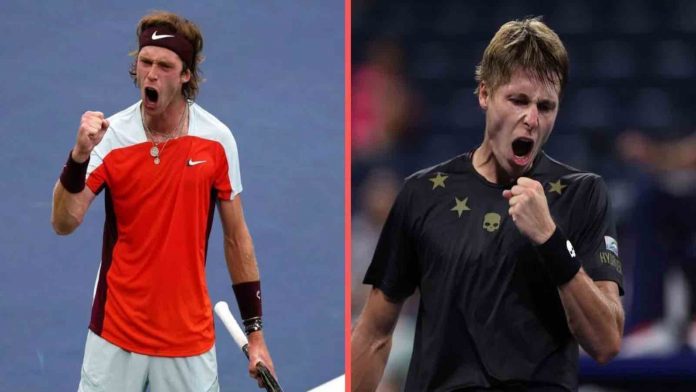 The Gijon Open’s second round will feature top seed Andrey Rublev versus Ilya Ivashka on Thursday.

Rublev has already won three championships this year and advanced to the quarterfinals of two Grand Slam tournaments. The Russian recently participated at the Astana Open as the fifth seed and advanced to the semifinals with victories over Adrian Mannarino, Zhang Zhizhen, and Laslo Djere but fell to third seed Stefanos Tsitsipas 4-6, 6-4, 6-3.

Ivashka’s biggest effort this year was making it to the Atlanta Open semifinals, where he was defeated by Alex de Minaur. With victories over Lorenzo Musett, Hubert Hurkacz, and Sam Querrey, he also advanced to the round of 16 at the US Open. He did, however, lose against Jannik Sinner in a close five-set match. The Belarusian was defeated by Holger Rune after advancing to the Sofia Open quarterfinals. He then competed in the Gijon Open, where he beat Feliciano Lopez 6-3, 6-7(5), 6-4 to get to the second round.

In their head-to-head matchup, Rublev leads Ivashka 2-0. Their first two meetings took place at the St. Petersburg Open in 2019 and 2021, respectively.

From the baseline, the Russian will try to play aggressively and control the game. Rublev’s powerful serve can result in numerous aces, and his forehand will be useful for clinching points. Ivashka’s last encounter saw him win 67 of 99 service points. He’ll want to dominate Rublev’s service games and perhaps try to confound the Russian with his deft drop shots. Rublev’s previous results make it difficult for him to lose on Thursday even though Ivashka is far from a pushover.