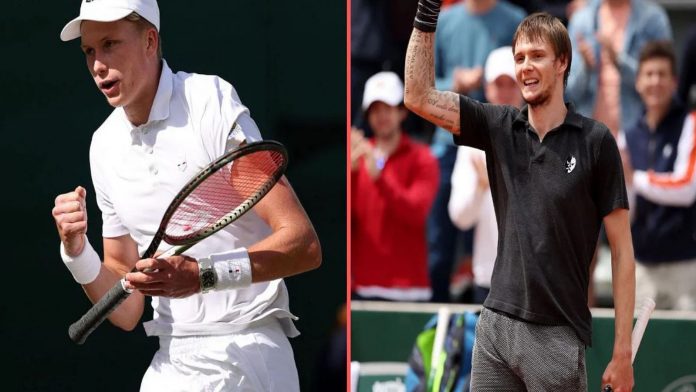 Jenson Brooksby will face Alexander Bublik in the first round of the Canadian Open on Monday.

This season, the American has won 18 of the 31 games that have been played, making it to two finals. The first of these occurred in February at the Dallas Open, when he defeated Marcos Giron, Jordan Thompson, and Andreas Seppi before falling to Reilly Opelka in the championship match. Alex de Minaur defeated Brooksby 6-3, 6-3 in the Atlanta Open final last week, his second of 2022.

While this is happening, Alexander Bublik has won the Open Sud de France after winning 22 of his first 40 games this season. By defeating Alexander Zverev in the championship match, the Kazakh took the title. Bublik participated in the Hall of Fame Open in Newport after losing at Wimbledon in the third round. To qualify for the championship match, he defeated Jason Kubler, Andy Murray, and Jack Sock in this match. But Maxime Cressy defeated the Kazakh 2-6, 6-3, 7-6(3).

The head-to-head between the two players is currently 0-0. This will be their first meeting.

Brooksby is a counterpuncher who loves to prolong points. The American is capable of wearing out his opponents and forcing errors out of them. The Kazakh’s biggest weapon, on the other hand, is his serve and he will look to make the most out of it. Bublik will also try to catch Brooksby off-guard with his underarm serves. The match promises to be a tightly-contested one, with the American likely to come out on top.

Prediction: Brooksby to win in 3 sets.