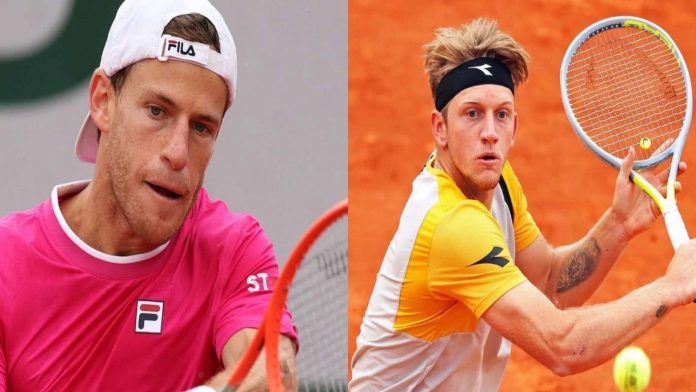 12th seed Diego Schwartzman will lock horns with Alejandro Davidovich Fokina in the first round of the 2022 Canadian Open on August 8.

This season, Schwartzman has got some experience playing on a hardcourt. The Argentine began his year by practising his craft in the ATP Cup in Australia, where he defeated Stefanos Tsitsipas in the group round of the competition. Argentina was unable to go past the group stage, though. He was eliminated at the Australian Open in the second round two weeks later. The 29-year-old advanced to the Argentina Open final where he was defeated by Casper Ruud. He repeated his performance at the Rio Open, but Carlos Alcaraz prevailed in the championship match this time. Since then, Schwartzman has fluctuated in form, and he enters the Montreal Open coming off a first-round loss to Emil Russuvuori in the Hamburg European Open.

On the other side, Davidovich Fokina had a weak start to his campaign. The Spaniard didn’t have any success until the Monte-Carlo Masters. He finished second to Stefanos Tsitsipas in the competition, taking second place. The World No. 35 defeated some well-known players on way to the final. The Spanish player defeated Novak Djokovic, a 21-time Grand Slam winner, in one of his finest performances ever. In the quarterfinals, he faced Taylor Fritz, who he outlasted 2-6, 6-4, 6-3 to go to the semifinals, where he overcame Grigor Dimitrov. Since then, his best performance was making the quarterfinals in the Estoril Open, Queen’s Club Championships, and Hamburg European Open.

The pair have faced each other three times before on the ATP Tour, with all meetings coming in 2020. The Argentine turned victor on all three occasions, securing a 3-0 record in the head-to-head. The last time they played against each other was at the Paris Masters, where Schwartzman comfortably won 6-1, 6-1.

Schwartzman has excellent control over his racquet swing, which helps him compensate for his relatively low height. Primarily a baseliner, the Argentine is an excellent counter-puncher who uses his opponent’s power to his own advantage and is thus able to return powerful shots rather easily. A very intelligent player on the field, Davidovich Fokina will look to take advantage of Schwartzman’s penchance to stay near the baseline and catch him unaware as often as possible. However, the World No. 14 is experienced enough to know how to deal with such opponents and will favor his chances against the Spaniard.

Prediction: Schwartzman to win in 3 sets.