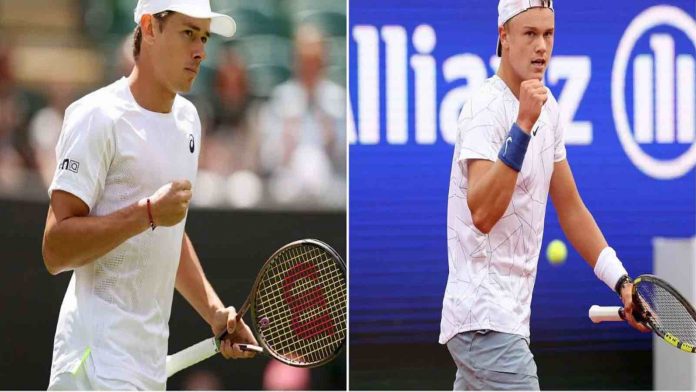 In the opening round of the 2022 Swiss Indoors, Alex de Minaur and Holger Rune are expected to square off.

This season, De Minaur has had a respectable amount of success. At the Atlanta Open, he defeated Jenson Brooksby to win his sixth career championship. He also advanced to the semifinals at Eastbourne, Barcelona, Stockholm, and Lyon. He has a 43-22 overall record for the year. This is the most victories de Minaur has ever had in a single season in his professional career. Compared to the previous season, when he was ranked No. 34, he appears to be on course to finish the year in the top 25.

Rune is now experiencing his breakout season. At the BMW Open, he won his first ATP title and defeated Alexander Zverev en route. The young man then defeated last year’s finalist Stefanos Tsitsipas to get to his first Grand Slam quarterfinal at the French Open. The Dane then experienced a difficult period after his run in Paris. At the Sofia Open, the young player advanced to his second final of the year but fell to Marc-Andrea Huesler. This past week, Rune participated in the Stockholm Open. To win his second championship and first on hardcourts, he advanced to his third season final, when he defeated Tsitsipas in straight sets.

In the head-to-head matchup, Rune is ahead of de Minaur 1-0. At the Stockholm Open in 2022, he defeated them in three sets.

De Minaur was outplayed last week, but his performance wasn’t all that horrible. He is aware of his mistakes and now has the chance to make up for last week’s defeat. But after winning the title, Rune will be feeling very assured. The adolescent has momentum now, and he won’t be keen to give it up so quickly. The youthful athlete is likely to keep winning.