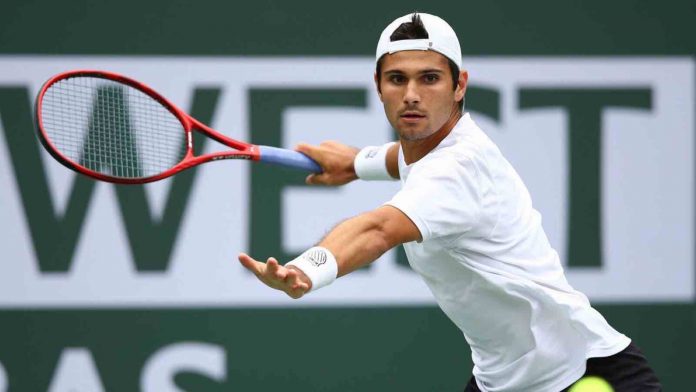 In the opening round of the 2022 Gijon Open, Spain’s Albert Ramos-Vinolas, the number eight seed and world no. 40, will face the USA’s Marcos Giron, the no. 60 in the world.

All four of Ramos-Vinolas’ senior championships, including the Cordoba Open in February, were won on clay. His lone match on a hard court, which took place in Chengdu six years ago, was lost to Karen Khachanov. He’s had inconsistent performance lately. The Spaniard made it to three consecutive quarterfinals in Gstaad, Kitzbuhel, and Monte Carlo, but since then, he hasn’t advanced past the second round of any competition. Last week, in Kazakhstan, that streak was resumed with a loss to former world number one Daniil Medvedev in the opening round of the Astana Open.

Giron had been having trouble regaining the form that allowed him to advance to four quarterfinals and make his maiden top 60 appearance last year. All that changed in San Diego, though, where he won over Dan Evans en route to his maiden ATP final before falling to fellow countryman Brandon Nakashima in straight sets. Prior to that, his best recent performance had likewise occurred on Spanish soil, but on Mallorcan grass. He advanced to the quarterfinals there and beat Stefanos Tsitipas in three sets, albeit ultimately losing.

In their only previous matchup, which took place at the Paris Masters two years ago, Giron prevailed in three sets.

Ramos-Vinolas has the home-court advantage, but Giron can advance if he can replicate his San Diego form because his game is better suited to indoor hard courts.

Prediction: Giron to win in 3