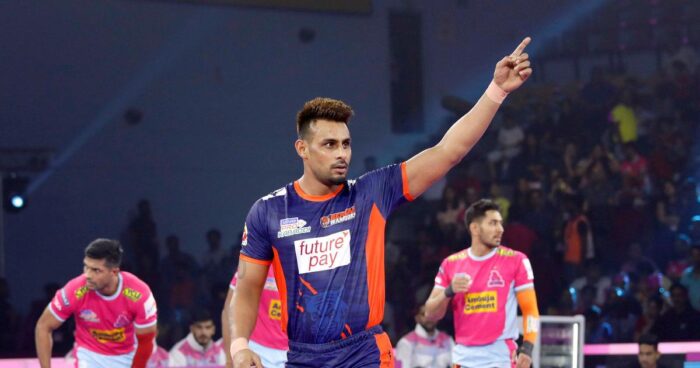 Maninder Singh is a professional kabaddi player. This raider is all set to play for Bengal Warriors in the upcoming season of the Pro Kabaddi League. Ahead of the big event, let’s get to know about Maninder Singh net worth, salary, etc.

Maninder made his league debut with the Jaipur Pink Panthers in the inaugural season. In the year 2014, he participated in the Pro Kabaddi League and finished third in the top raiders list. In addition to that, they also won that first season. After that, he had a severe back injury and could not participate in the three upcoming leagues.

In season 5, Maninder showed positivity and did well in domestic games. He made a comeback in the fifth season with the same aggression. Bengal Warior picked him for PKL Seaon 5. He claimed 190 raid points in the brilliant comeback season for Bengal warriors. However due to his outstanding performance, he was retained by Bengal Warriors in all the upcoming seasons.

Singh is one of the best kabaddi players of the league. He has given his 100% in every game he has ever played. Above all, he is alleged to have a net worth over INR 5 crore currently.

Maninder Singh Salary and Other incomes

The raider’s major source of income is from the game Kabaddi. In PKL Season 6 his salary was INR 56,87,627. In the seventh season of PKL, he was retained by the team. There is no information available about Maninder’s brand promotions or endorsements.

Know about: Pardeep Narwal Net worth, Salary, and everything You need to know