The Melli have participated in FIFA World Cup on six occasions including 2022 but have never gone beyond the group stage. 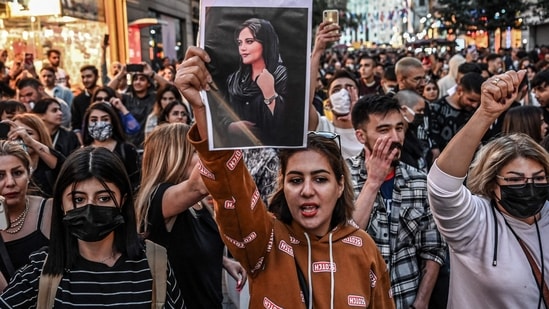 Mahsa Amini left a revolution on her trail, her demise prompted the women of an entire country to rebel. It is safe to say that Iran has not known peace in a very long time, clashes with US, Iraq and other nations have tormented the Middle-Eastern country. Ibrahim Raisi, Iran’s President have scrutinized the issue by calling out Western Powers’ attempt to undermine their (misogynistic) culture.

The challenges Iran is now facing are somewhat similar to the major world events – The unification of Germany, and the Dissolution of the USSR. It is without a doubt that this is Iran’s greatest uproar since the 1979 revolution. If only things ended in internal chaos, but no. Iran is now under the watch of global leaders after claims of Iran aligning with Russia getting stronger and stronger. Iran has been supporting the Eurasian nation of Russia with drones and military support.Also, A report from Reuters says that there has been a talk between key military leaders from both states discussing more military support.

The Shite Regime does not allow women to enter their stadiums for a very long time. They have been treated as men’s second class rather than equals. The global waves of Feminism – equal rights for all genders – could not break the shackles of Iran’s sharia law. But, Can it withstand an internal rebellion? I hope not. A couple of feminist organizations have written to FIFA and its President Gianni Infantino to ban Iran from the World Cup. They have raised concerns about misogyny, discrimination, and human rights in the country.

The latest news announces that FIFA has received a formal request to ban Iran immediately. The FIFA laws state that the soccer authorities in any country cannot be run by the government. It states that no minorities are excluded from watching the match. Safety should be a concern in the footballing sphere. It is healthy that Football never enters the political aspect. But, in the 21st century, voices are important. Actions are important, not taking action is equal to being guilty. The country is not safe for women. The current support to Ukraine might be another global power show and if Russia is not playing, Iran?

The question of morality is haunting sports for a good time and this is yet another instance. The 2022 World Cup swims in controversy and turmoil. Qatar, a homophobic nation is hosting the World Cup. Human Rights in Qatar, What? It is ironic how the World Cup visits Homophobic nations in a row – Russia, and Qatar.

Also Read: Why it isn’t okay to have a race in an anti-LGBTQ country anymore? — LGBTQ Rights in Hungary