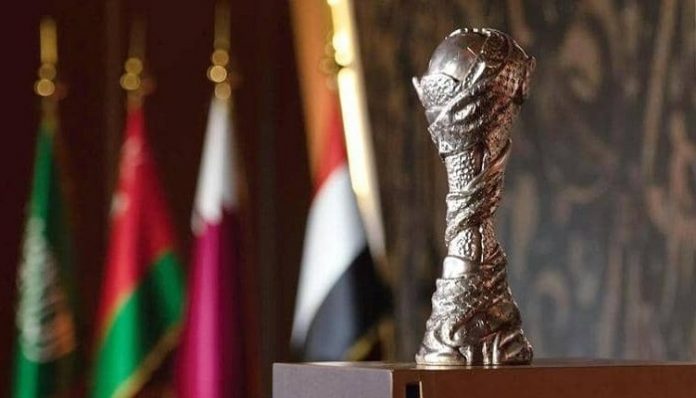 Iraq: The 25th Arabian Gulf Cup unfurls on 6th January 2023 in Iraq. Often regarded as Gulf Cup, the Cup is a biennial football competition played among the Gulf nations in the Middle East.

The 2019 Arabian Gulf Cup was held in Qatar where Bahrain defeated Saudi Arabia in the finals. Kuwait is the most successful team with ten titles followed by Saudi Arabia, Qatar, and Iraq with three. Yemen has not won a single cup since joining the trophy in 2003-04. Know the teams, venues, format, and more.

Eight Nations are playing in the current edition of the Arabian Gulf Cup. The eight teams are divided into two groups

The teams will play a round-robin amongst themselves. The top two teams will play in the semifinals. The winners of Group A play the runners-up of Group B and Group B winners play the Group A runners-up. The semi-final winners eventually qualify for the final.

Team Details and Players to Look Out For

Bahrain: The Reds’ last victory was in June when they defeated the Turkmen. They are running on a winless streak and they will be looking to change that. Ismail Abdulatif, the top goalscorer is a key player to look out for.

Kuwait: Kuwait are marching into the tournament from a loss to Iraq. The ten time champions have fresh challenge this time with two teams coming from the World Cup. It is to be wait and watched how the new era fares.

Oman: Oman is a relatively new entrant at the global footablling stage. Nevertheless, They have won this competition twice in the past. Abdelaziz al Muqabili is a strong player in the squad with talent, rigour, and experience.

Qatar: The Arabian Gulf Cup 2023 is the first International Tournament after the FIFA World Cup 2022. The Maroons would be looking forward to rewriting the embarrassment from the World Cup. Ahmed Ali is a striker whom every coach will plan a defensive fortress for

Saudi Arabia: The Falcons are riding on the success of the World Cup victory against the eventual champions. The Falcons came from behind to win the game. The goalscorers on a fated day are two players to keep an eye on Saleh Al Shehri, Salem Al Dawsari

UAE: The Emirates have reached the semifinals of the AFC Asian Cup on four occasions while finishing second once in 1996. Ali Mabkhout, the top goal scorer for the Al Abyad is a key player to look out for.

Yemen: Among the eight, Yemen is the only team not to have won a single trophy. A relatively new entrant in the Arabian Gulf Cup, 23-year-old Nasser Mohammedoh is their spearhead.