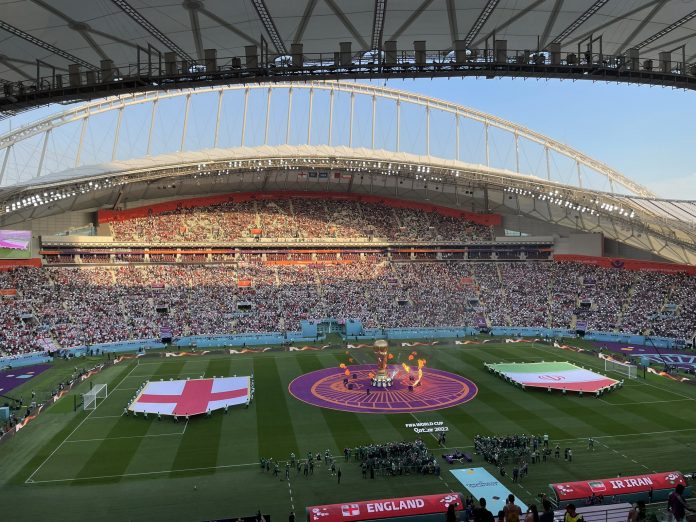 Iranian footballers have refused to sing the national anthem ahead of their match against England. The refusal of the athletes at the Iran vs England match is in solidarity with the protests happening in Tehran and whole of Iran.

Qatar 2022 at this point is more of who creates more controversy than a round robin football tournament. The controversies never seen to end as it continues to haunt Qatar. After the match fixing issues yesterday and One Love Armband earlier today, It was kinda assumed that today’s quota is done. Apparently it is not.

The eleven squad members stood silent as they national anthem filled the stadium. A majority portion of the backroom staff did the same. The Iranian whistled and loudly booed the anthem calling it the anthem of Islamic Republic and not theirs. The Iran game comes in the light of protests in Iran following the death of Mahsa Amini in September. The death of hers started a revolting movement that is one of the biggest internal threats that Iran has faced since 1979. Interestingly enough, the news that preceded the Iran vs England match was quite astounding. Several reports cited that prominent Iranian actresses, Hengameh Ghaziani and Katayoun Riahi are arrested for their part in the movement.

Ehsan Hajsafi became the first member of Iran’s national team to speak out from the World Cup in Doha yesterday. He ostensibly spoke out in support of domestic anti-government protests. “They should be aware that we are on their side.” And we stand with them. And we sympathise with them given the circumstances,” the AEK Athens player said at a press conference.

Iran captain Alireza Jahanbakhsh refused to confirm whether his team will sing the national anthem in recent days. “You’re asking about the national anthem – that’s something that has to be decided in the team, which we’ve already discussed and obviously everybody’s talking about,” he said at a press conference on Wednesday. The decision Alireza has arrived hasn’t been shocking but significant. The way this World Cup is going is surely enlightening.

Meanwhile, The English and the other eight nations have declared not to wear the One Love Armband. Owing to FIFA sanctions, Harry Kane is wearing the FIFA Armband at the match.