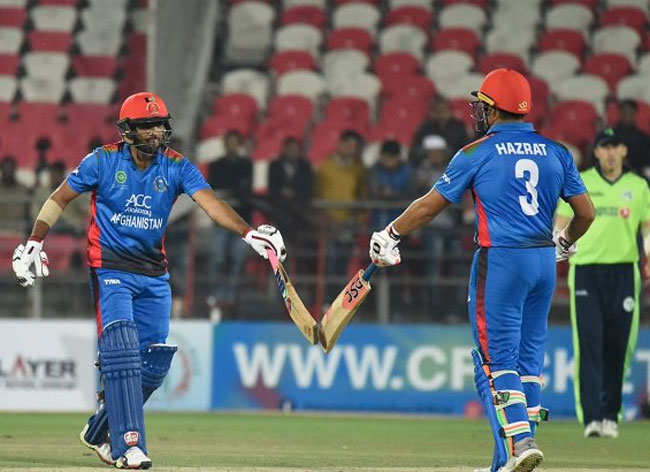 A strong batting foundation is laid on the back of partnerships in cricket. The art of building partnerships perhaps holds great significance, especially in the T20 format where scoring runs while maintaining a healthy run-rate is crucial in the action-packed 20-over format. Cricket is a game in which the partnerships built by the batsmen can change the course of the game. In this article, we will look into the top 5 highest runs partnership in T20 Internationals. So let’s dive into the article.

New Zealand duo of Devon Conway and Glenn Philips are on the 5th spot with their brilliant partnership 184 runs for the third wicket. Glenn Philips was outstanding at the crease as he made a fast and furious century in less than 50 balls. Philips hit 8 sixes and 10 fours in this innings. Devon Conway also batted positively and give a perfect company to Glenn Philips. With their effort, New Zealand posted 238 runs with the loss of 3 wickets. In return, West Indies was able to score only 166 runs and New Zealand won this match comfortably. Glenn Philips was adjudged as the Man of the Match for his brilliant and record breaking ton.

Pakistan opening duo of Babar Azam and Mohammad Rizwan holds the 4th spot on the list of top 5 highest runs partnership in T20 Internationals. Babar Azam and Rizwan put on a masterclass in Centurion in the 3rd T20I against South Africa. South Africa scored 203 runs with the brillian effort from Aiden Markaram and Malan. In reply, Pakistan openers almost finished the game without the loss of 1st wicket. They both scored 197 runs which includes a brilliant century from captain Babar Azam. Babar scored 122 runs in just 59 balls which includes 15 fours and 5 sixes. And Pakistan finished the game in just 18 overs and lead the series 2-1 after this match. The duo of Mohammad Rizwan and Babar Azam is currently the most successful opening pair in T20Is.

Scotland openers George Munsey and Kyle Coetzer have the record of making the third highest partnership in T20 internationals. In the match against Netherlands on 16th September 2019, they made a first wicket opening partnership of 200 runs which paved the foundation for the team’s victory. George Munsey remained unbeaten till the end and scored 127 runs in just 57 balls. The most important part of his innings is that he had hit 14 sixes in his innings and only 5 fours. That was a clean hitting. With brilliant effort Scotland scored 252 runs in 20 overs. In reply, Netherland scored 194 runs with a brilliant knock from their captain Pietar Seelaar. But Netherland fell short of 58 runs and Scotland comfortably won the match.

Finch is one of the best T20 players in the world. He has noted his names along with many batting records in T20 cricket. The record for the second highest partnership in T20I is by Aaron Finch and D’Arcy Short. These two batsmen scored 223 runs for the first wicket and set up a huge target of 230 runs. Aaron Finch, take a bow. He scored 172 runs of just 76 balls. It is the highest ever score by any batsman in T20Is. In reply, Zimbabwe only scored 129 runs and Australia won this match by 100 runs. For his brilliant innings of 172 runs, Aaron Finch was adjudged as the Man of the Match for this match.

Afghanistan is one of the newbies to the world of International cricket. But this team has shown their passion and talent in this game within this short span of time. There are many notable performances that have emerged from the Afghan team so far in International cricket. One among that is the highest partnership ever in T20Is. Hazratullah Zazai scored an unbeaten 162 runs of just 62 balls which includes 16 sixes. The openers set up a huge base and Afghanistan scored 278 runs. In reply, Ireland were able to score only 194 runs and Afghanistan won this match by 84 runs. Hazratullah Zazai was adjudged as the Man of the Match in this match for his brilliant knock.