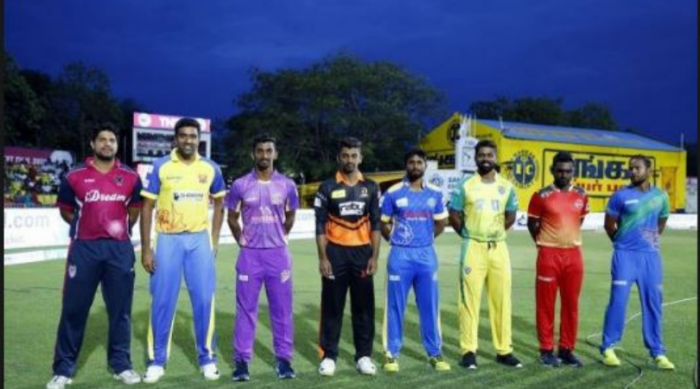 Indian Premier League(IPL), has been the best T-20 league in the world. Based on the IPL, many leagues take place every year in various countries. Tamil Nadu Premier League(TNPL), is just like all other leagues, though it is only for the teams of Tamil Nadu and it surely has been a revolution for cricketers in Tamil Nadu.

Chennai Super Kings is a Chennai-based franchise. CSK has been providing a platform for many Tamil Nadu players to exhibit their skills at a sort of global level. But the 2-year ban on CSK had hindered this process.

To bridge the gap of two years and to provide consistent opportunities for budding cricketers, Tamil Nadu Cricket Association(TNCA) came up with the Idea of TNPL, their T-20 league.

It was launched by then TNCA president N. Srinivasan, who is also the owner of Chennai Super Kings.

People in Chennai love their ‘Thala’, the great Mahendra Singh Dhoni. MSD inaugurated the first season in 2016. Indian great cricketers like Ravichandran Ashwin, Murali Vijay, Laxmipathy Balaji, Murali Vijay were also there. It might be the domestic league, but famous sports broadcasters Star Sports showed their interest and since then Star Sports has been broadcasting the league.

The format is just like IPL. 8 teams would play against each other in a round-robin format. The top 4 would then qualify for the Playoffs consisting of one eliminator and two qualifiers and the Final.

How teams have been doing

After the defeat in the Final of the inaugural edition, Chepauk Super Gillies bounced back in the next season in 2017 where they took revenge as they won the Final against the last-time winners Tuti Patriots. Over the 5 years of this enchanting league, Chepauk Super Gillies won the Title 3 times. In 2018, Siechem Madurai Panthers clinched their only Title beating Dindigul Dragons by 7 wickets.

The league is not only about Tamil Nadu but has attracted so much attention around the globe. Australian Legend and former CSK player Matthew Hayden was the Brand Ambassador for the first season, while the likes of Robin Singh and Michael Bevan were appointed as coaches.

There had been a few controversies around the league, but other than those this is the best thing Tamil Nadu cricket would have ever hoped for. Over the years, so many talented players benefited from the league, some of them played for India or are still playing for India likes Natarajan, Washington Sundar, N Jagadeesan, Murugan Ashwin, and so on.

Experience of a lifetime for youngsters

One thing that should be mentioned is that the international stars like Murali Vijay, Dinesh Karthik, Ravichandran Ashwin also took part in the league as a player which not only bolstered the confidence of their respective team members, but they also had a chance to rub their shoulders with these superstars.

We hope that this league will blossom more and more in the future and will keep manufacturing the talented players which would ultimately become the Indian legends.