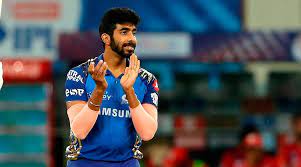 The Indian pace assault relies heavily on Jasprit Bumrah. He is noted for his unusual bowling action as well as his bowling abilities. And he was the one who broke all the stereotypes about unorthodox bowling action. His professional trajectory is continuously reaching for the stars. He made a seamless transition from white to red-ball cricket and has proven to be a formidable weapon. Without question, Jasprit Bumrah is one of the best players the IPL has ever seen. This incredible bowler had set numerous records in the world’s most challenging league, IPL. Let’s have look at Some of the records held by Bumrah in IPL.

1. Best Bowling average by an Indian for Mumbai Indians.

2. 3rd most runs conceded by a bowler in an innings for MI

We all know that Jasprit is one of MI’s best bowlers. Jasprit Bumrah, on the other hand, has an odd record that doesn’t fit his bowling style. He had MI’s third-worst bowling stats (56/1 vs. CSK at Arun Jaitely Stadium).

Jasprit Burmah holds one of the most challenging records for a bowler, that of bowling dot balls. This man has bowled 175 dots, which is equivalent to bowling 30 overs in a season, which is significant.

We all know how amazing Jasprit Bumrah is when it comes to taking wickets. He shares the record for most four-wicket hauls in the IPL 2020 season with Delhi Capitals player Kagiso Rabada.