The SportsLiteSports at just one click!
HomeCricketKL Rahul likely to lead Team India against New Zealand series instead...
Cricket 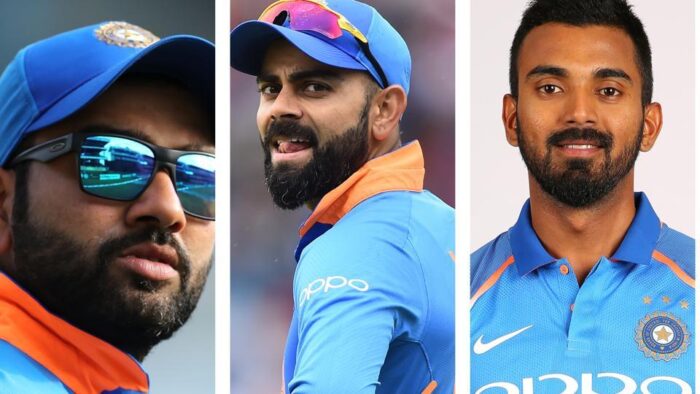 KL Rahul likely to lead Team India against New Zealand series instead of senior players. This is nothing but due to the hectic schedule of the Indian team from the past months. As a result many senior players might be rested for the first home series against New Zealand. Indian players are out of their homes for some time now. And also a very hectic schedule waits for them ahead.

India is currently playing in the T20 World Cup in the United Arab Emirates (UAE). Having lost both the matches against Pakistan and New Zealand in the tournament so far, the chances of Virat Kohli and co qualifying for the semis is very slim.

Considering the number of matches the senior players are playing since the World Test Championship final, senior players like Virat Kohli and Rohit Sharma might be rested for the New Zealand T20Is. Also, Kohli already announced that he will be stepping from the T20Is captaincy after this World Cup which ends on 14th November.

The national selection committee of the Indian team is expected to meet in the next couple of days to pick the squad of the upcoming home series against New Zealand starting from 17th November. The meeting is significant as the panel have to pick a new T20 skipper. Because Virat Kohli already announced that he will be stepping down from T20Is captaincy.

KL Rahul is likely to lead India against New Zealand

The current vice-captain Rohit Sharma is the leading contender for the T20Is captaincy after Virat Kohli, but senior players might be rested for the New Zealand series. With Rohit possibly given rest after the T20 World Cup, KL Rahul likely to lead Team India against the Black Caps. Rahul has been the skipper of the IPL team Punjab Kings for two years now. He also led India unofficially on the field in the final T20I against New Zealand. As Rohit Sharma was captain in that match and he was injured while batting in the first innings.

While Kohli has relinquished only the captaincy of T20I format, there could’ve discussions if split captaincy in the white ball is needed or not.

Over the next one week, the BCCI will have to take a lot of decisions. It also includes the decisions of coaches for the Indian team also.

Fans to comeback in stands in India-New Zealand series

Since the COVID-19 pandemic emerged, cricket matches are held mostly behind close stands in India. Fans could partially return to the stands in the T20I series against New Zealand. A BCCI official said that fans will come in the stands, but it won’t be in the full capacity. BCCI will work with local authorities and plan the way forward.

New Zealand kickstart their tour with a T20I on November 17 in Jaipur. And followed by T20Is on November 19 and November 21. There will also be 2 Tests. The two Tests are from November 25 and December 3.