The SportsLiteSports at just one click!
HomeCricketList of records made & broken India vs England 4th test at...
Cricket Victory at the oval after 50 years! Taking the lead in the test series with 2-1 , India showed a classic performance and pulled off a sensational win. India defeated England by 157 runs and broke countless records . So let’s have a look on the records made in the match. 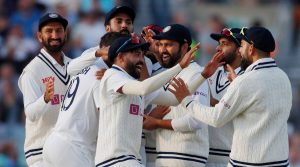 India last won at the oval in 1971 under the captaincy of Ajit Wadekar. India chased the target of 174 and defeated England by 4 wickets. Since then India has not been able to clinch a victory there. So it recreated history and managed to crush England to win the match by 157 runs. Virat Kohli became the fastest batsman to get 23000 international runs. He broke the legendary record of Sachin Tendulkar who made to this mark in his 522th innings. However , Virat Kohli made it possible in only 490 innings. And he also surpassed Rahul Dravid who has a record of 1950 runs against England while Kohli touched the glittering mark of 1960 runs.

#3 Man of the Match award in all 3 formats 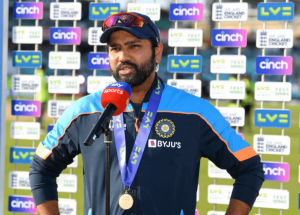 The GOAT Rohit Sharma became the first Indian Player to win Man of the Match award in all three formats. The later scored an impressive 127 runs off 256 balls at a strike rate of 49.61. He smashed 14 fours and 1 six. One of the best death Bowler, Jasprit Bumrah achieved the landmark of 100 test wickets in the 4th test against England. He has clinched these 100 wickets in just 24 test matches surpassing the record of Kapil Dev(25 matches). Thereby he became the fastest Indian pacer to achieve this landmark. He took four crucial wickets , thus helping India to seal the victory.

#5 Fastest Fifty against England in test cricket by an Indian
Shardul Thakur’s blistering performance with both bat and ball stunned everyone. He broke the record of Virender Sehwag and smashed a fifty in just 31 balls. While Virender Sehwag took 32 balls to do so in 2008. He also became the 2nd Indian to score the fastest test fifty. The first position is still hold by Kapil Dev who took 30 balls to smash fifty against Pakistan.

#6 Fifties in both innings by Shardul Thakur 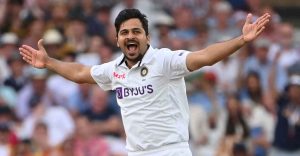 Shardul Thakur became the third Indian to score a fifty in both innings batting at no.8 . Harbhajan Singh and Wriddhiman Saha hold the first and second position respectively. He became the sixth batsman overall to achieve this mark. In the first innings he scored an impressive 57 runs off 36 balls saving team India from total collapse. And in the second innings he smashed 60 off 72 balls making a 100 run stand with Rishabh Pant. 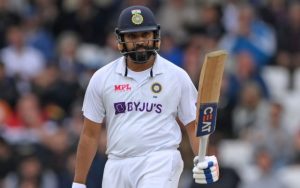 #9 First test fifty against India for Woakes
Chris Woakes smashed his sixth test fifty and his first against India. He scored 50 runs off 60 balls smashing 11 fours and helped England to reach a decent total. This knock came in a crucial stage when the top order collapsed in the first innings.