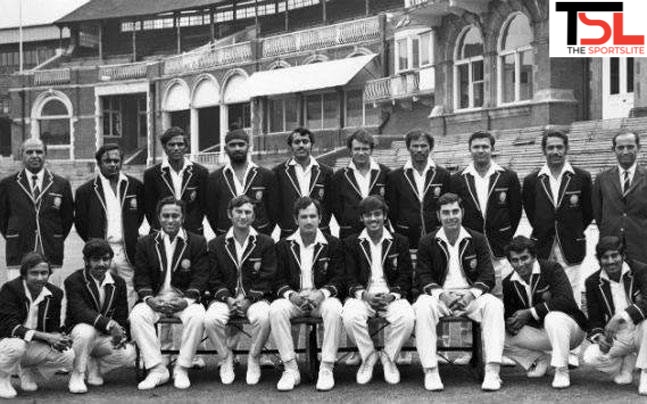 1932 was the year when India first toured England for the Test match series and after 39 years of a long wait, India defeated England for the first time on 24th August 1971 in The Oval Test. Let’s know all about India’s first Test win

It was a three-match Test series. The first two Tests at The Lord’s and Old Trafford respectively had ended in a draw. The series decider was at The Oval.

Before the start of the series, India had played 8 side games and performed excellently, won 5, drew 2, and lost just one. So Indians were confident coming into the main series. 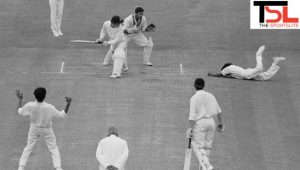 India hadn’t had the greatest of starts but skipper Ajit Wadekar and Dilip Sardesai consolidated nicely and shared a 39 run partnership for 3rd wicket. Eknath Solkar scored 44 and Farokh Engineer’s half-century took India to 284. Abid Ali And Venkataraghavan 26 and 24 respectively frustrated the English bowlers. Ray Illingworth’s 5-fer and some wickets for the others restricted Indian batsmen to 284. Many Indians got the start but failed to capitalize on it.

The lead of 71 was a huge one. England had an excellent opportunity to take the lead above 250 and set the game for themselves. Indians might have smelled the chance of victory on a turning track. If they would bowl out Hosts cheaply, they might have some chance. The spinning trio galvanized them into the action, Bhagwath Chandrasekhar took 6 wickets in just 18 overs, Srinivas Venkataraghavan took one. Bishan Singh Bedi bowled only 1 over and claimed 1 wicket. England never recovered from the run out of John Jameson. Again the man who caused the run-out was Bhagwat Chandrasekhar. England was bowled out for 101 in just 45 overs.

7 wickets down, but somehow chased the target 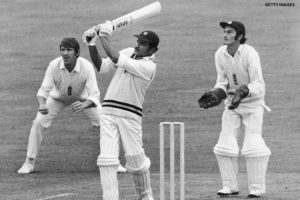 There were some hiccups while chasing a moderate target of 173, but just like the first innings Ajit Wadekar and Dilip Sardesai rescued India from any humiliation. Though there were some wickets at regular intervals, somehow Indians chased the target for 7 wickets and that’s what matters the most.

The win also sealed the series for them. It was the first Test match victory and the first series win for India on English soil. Interestingly, India played a total of 19 First Class games in that tour, lost only one, won 7, and drew 11. This victory also ended England’s run of 26 Tests without a defeat.

The magnitude of the win

This was a historic moment for India. They again won the Test series in England in 1986 and 2007. The ongoing Test series might also end up on India’s side, but India’s first Test win i.e. 1971 victory will be cherished for years and years to come.