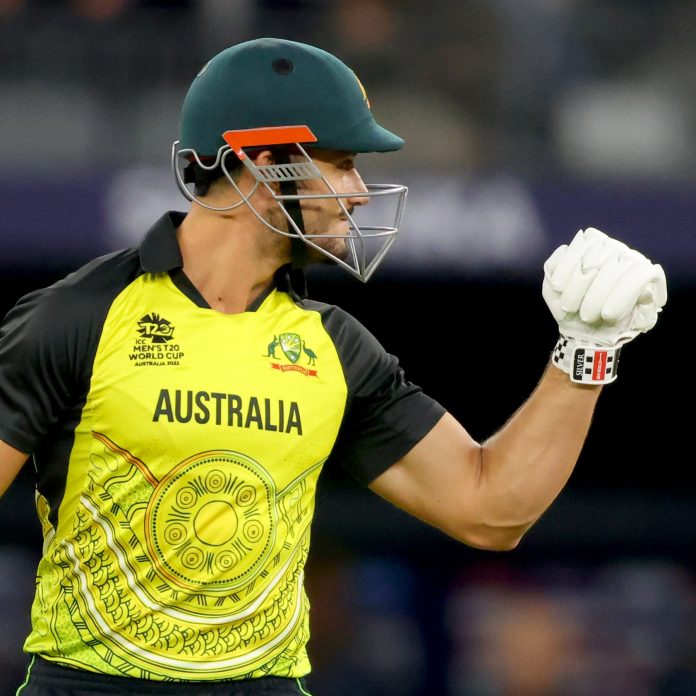 The fourth day of the ICC T20I World Cup 2022 included a single match, unlike the first three days. Australia and Sri Lanka locked horns at the Optus Stadium in Perth.

Sri Lanka started their campaign by defeating Ireland. On the other hand, New Zealand beat Australia by 89 runs in the first match. Both teams looked for a win at Perth. However, it was Australia who came victorious. They defeated Sri Lanka by seven wickets.

Marcus Stoinis hit the fastest fifty in this tournament so far. Stoinis scored 59 off 18 balls and led the Australians to victory. His innings included 4 fours and 6 sixes. Almost 88% of his innings came from boundaries.

Marcus Stoinis did not calm down striking sixes all over the Optus Stadium. His quick fire paralleled the slow pace of Finch and helped close down the run rate difference. Marcus Stoinis, the man of the match, became the layer credited with the fastest T20I fifty for the defending champions, Australia

Glenn James Maxwell is one of the best all-rounders in the world. Quick and Tricky Bowling and Quick-fire Batting are Maxwell’s admirable cricketing abilities. Maxwell scored 23 off 12 and also clocked a wicket for 5 runs. Maxwell seemed comfortable in his role and will be expected to perform in better wavelengths. His innings stand out as a prospect for the next game at the ICC T20I World Cup 2022 against the English at the MCG.

Among the Sri Lankan batting squad, Pathum Nissanka scored the highest. He came as an opener and led the charge of the batting after Mendis departed in the powerplay. Although not a T20I knock, Nissanka steered the ship smoothly alongside Dhananajaya De Silva. Nissanka scored 40 off 45 balls at a strike rate of around 88. His innings included two boundaries.

After the trouble in the 11th over when Nissanka and Silva departed, the Lankans were 97/3. Charith Asalanka took the lead in the batting and helped the Lankans reach a comfortable target. He scored 38 off 25 balls at a strike rate above 150. The Asalanka innings included 3 fours and 2 sixes.

Although it was a joint bowling fiesta, Mitchell Starc stood out with unique and paced balls which threatened the Lankans a little too much. He took a single wicket in four overs by just giving away 23 runs. his economy was best among the full-quota bowlers at 5.75. Starc was monumental in reducing the Lankan total alongside the other bowlers.