The SportsLiteSports at just one click!
HomeCricketWhat are the different Types of Ducks in cricket ? Origin and...
CricketForever Facts

What are the different Types of Ducks in cricket ? Origin and Explaination 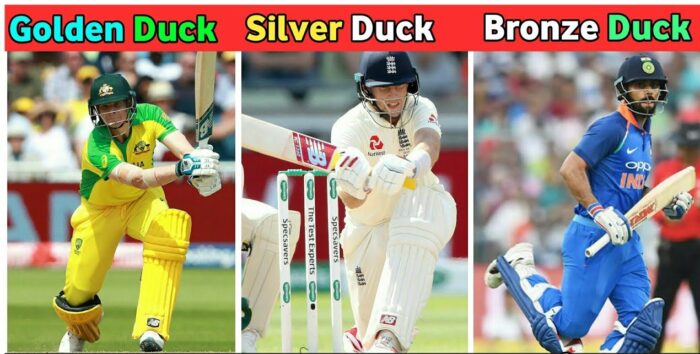 Galli cricket, terrace cricket, box cricket, tennis cricket, international cricket, whichever format it may be, people always enjoy the game of cricket. The enjoyment rises to a great level when an opposition team member makes a howler. The most embarrassing things to do on a cricket field are: dropping a catch, claiming a wicket off the no-ball, and getting out for a duck. Have you ever wondered, the different types of DUCKS in cricket?

Let’s dive deep into one of the most shameful acts on the cricket field; types of ‘ducks’ in cricket!

Though it is an embarrassing moment for a batman. People always find it amusing to see any batsmen getting out on duck.  So this was all about the Types of Ducks in Cricket