The SportsLiteSports at just one click!
HomeCricketICC T20 World Cup 2021: England Vs Bangladesh- Man Of The Match...
Cricket 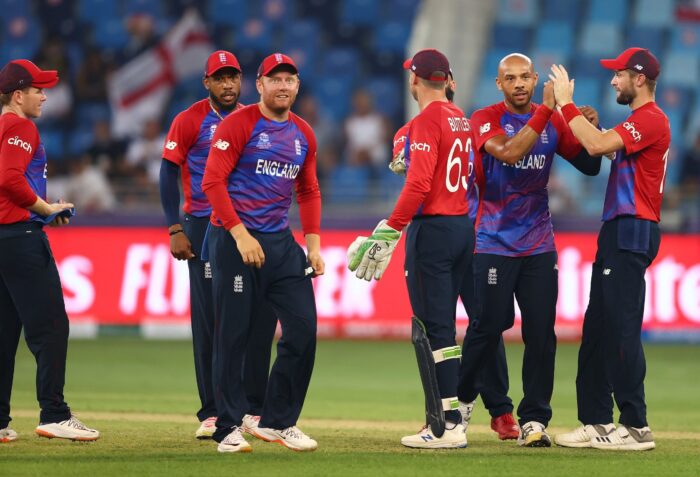 One of the strongest teams on paper, and probably on the field, England will take on Bangladesh in the first match of today. England are quite confident after bowled out West Indies for just 55 runs. This will prove to be an interesting match as these conditions are suitable to Bangladesh but England are a strong side. We will see who won Man of the Match award in England vs Bangladesh match?

After winning the toss first, Bangladesh chose to bat first and put on a pile of runs. But that wasn’t possible. They only able to score 27 runs in the powerplay with the loss of 3 wickets. There was a trace of recovery when Mushfiqur Rahim and Mahmudullah got together. But part time spinner Liam Livingstone got rid of both of them in his brilliant spell. It was just a struggle for the entire batting of the Bangladesh. They only managed to score 124.

In the second innings, Powerplay went just brilliant for England. They lose their opener Jos Buttler but managed to score 50 runs. England just looks unstoppable. After bowling out West Indies for just 55 runs, they now handed a defeat to Bangladesh. Jason Roy played a brilliant innings of 61 runs of just 38 balls. He was unstoppable and punished almost all the bowlers. He looked in quite a good touch.

Who won Man of the Match award in England vs West Indies?

With this win, England inched more toward that semifinal spot with a brilliant NRR. England are currently the table toppers and covered all the departments.