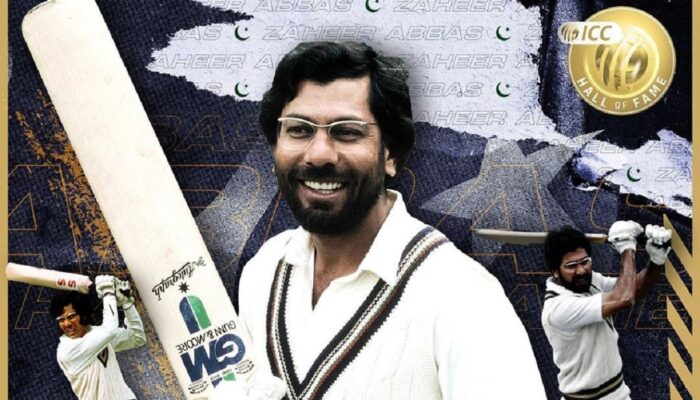 Elegant high back-lift, exquisite shots, wristy play, and a voracious run-scorer, that’s Zaheer Abbas for you! He was born on  24th July 1947 in Sialkot, Punjab.

He made his Test debut on 24 October 1969 against NZ. In only the second career Test match, he scored 274 against England and announced himself at the International scene.  Across his career, he has scored a total of four double tons.

5 years after the Test debut, he got a chance to represent Pakistan in ODIs as well. He became the first batsman to score three consecutive ODI centuries.

Also Read: Top 5 teams with most sixes in IPL history

The FC cricket brought the best out of him, he is considered as the Asian Bradman as far as FC cricket is concerned. Many County sides were craving for his inclusion in the side. He chose Gloucestershire. He piled on the runs in the county as well and proved critics wrong who had raised some doubts about his technique.

A stellar career ended in 1985 as he retired. We wish this Pakistan legend a happy 74th!

Share
Facebook
Twitter
Pinterest
WhatsApp
Previous articleIRE vs RSA Dream 11 Fantasy Team: Our picks for the final T20i.
Next article25th July in Cricket History: Oldest player in Cricket who played till the age of 66