The SportsLiteSports at just one click!
HomeCricket in Cricket history: English all-rounders at Headingley, repeats history in Ashes...
CricketForever FactsToday's in History 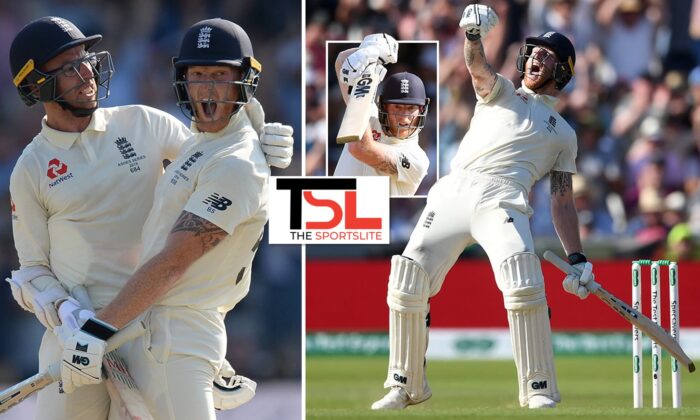 The story goes back to 1981 when Sir Ian Botham rescued the English side from a gloomy situation, the Test was 3rd out of 6 and was at Headingley. The Botham heroics did inspire the other teammate and they went on to win the Ashes. In the Ashes 2019, just like in 1981 England was behind the series after two matches and the 3rd Test was at the same Headingley. This story is all about the most thrilling day of cricket in this century, which was on 25th August 2019.

Jofra Archer’s 6/45 reduced the Australian total to 179. Aussies were at one stage 136/2 and cruising nicely, but the collapse turned things upside down. They badly missed Steve Smith in that Test, who was out because of concussion protocols and precautions. Other than David Warner’s 61 and Marnus Labuschagne’s 74, no batsmen could reach the double-figure mark. 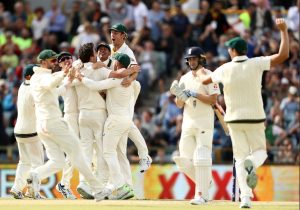 67 is all England could score

Australia’s bowling side was filled with world-class bowlers, though getting all out of 67 wasn’t acceptable at all! You read it right, Australian fast bowlers perhaps took the vengeance by causing English collapse. Joe Denly was the top scorer with mere 12 runs. Hazlewood took five-fer, Cummins 3 and James Pattinson 2.

Marnus Labushagne’s brilliant 80 runs in 2nd innings helped the visitors to go past the first inning score and register a modest total of 246. The English collapse at 67 did convert the modest total into a mammoth target of 359.

Aussies right on the top

Getting bowled out for 67 does no good to your confidence while batting in 2nd innings and if the target is 359, well you got my point.

Australia started the way they had hoped for by removing two openers for just 15 runs. The 126 run partnership for 3rd wicket between Root and Denly settled down all the nerves in the English camp. Root scored 77 and Denly 50. Ben Stokes wasn’t really going anywhere in terms of runs, but he hung in there.  A nice partnership of 86 runs between Jonny Bairstow and Stokes tilted the game slightly towards the English side. But Bairstow couldn’t capitalize as he went back to the pavilion scoring  36, the team total was 245/5.

In no time, England was dangling on 286/9 with 73 runs more to go. Australians started to celebrate the obvious win which would have inched them closer to the Ashes victory.

Drama bounded to no limits: Ashes 2019

Ashes 2019, Jack Leech was the last man who was not so good with the bat. It all came down to Ben Stokes. At one stage, Stokes had 2 runs off 60 balls, 9 off 81. But during the partnership with Bairstow, he started playing some shots and quick wickets did him no good to have any other options than playing shots. 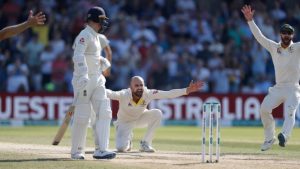 With number 11 at the other end, Stokes unleashed all the weapons that he possessed. He hit sixes to Lyon over long-on and long-off by coming down the track, he swept and reverse swept Lyon. Australians were happy to see stokes attacking Lyon, while doing so stokes could have failed on one of the deliveries.

Marcus Harris dropped Stokes when only 17 runs were needed. With 8 runs to go, Cummins trapped Leach, but the ball was clearly pitched outside the leg stumps. The desperation to take the last wicket got the better of Australia and they took the needless review and lost it obviously.

2 runs to go, Ben Stokes reverse swept Lyon straight to short third man, Stokes called for a run and denied quickly, but Leach was already miles away from the crease, unfortunately, Lyon couldn’t gather the ball cleanly and gave enough time for Leach to get back into the crease. 3 balls later, Stokes tried to hit the winning run by sweeping Lyon, he missed it completely, Australia appealed but to Australia’s dismay, the umpire did give not out. Well, well well, it was obvious LWB, but Aussies had only themselves to blame as they had wasted the review just a few minutes earlier.

Jack Leach, on the 17th ball of his innings, took the most important one run of his entire career and gave the strike to Ben Stokes. On the next ball from Pat Cummins, Stokes smashed the ball through the cover region for four. The entire England erupted with thrill, Western Terrace erupted with thrill, all bowed to the great Benjamin Stokes. England chased down the target of  359 with one wicket in hand.

The innings kept the series alive and the teams headed to the 4th Test match with a scoreline of 1-1.

England had the best summer they can ever have, World Cup victory, this Test match, both the times the savior was Benjamin Stokes.

Some fascinating moments and stats of Ashes 2019

England hunted down 359 and won the match even after getting bowled out for 67 in the first innings.

Australia bowled 10 wide and one no-ball. If they had not, it would have effectively added 11 more runs for England to chase.