The SportsLiteSports at just one click!
HomeCricket22nd July in Cricket History: Last day of Muttiah Muralitharan in Test...
CricketToday's in History 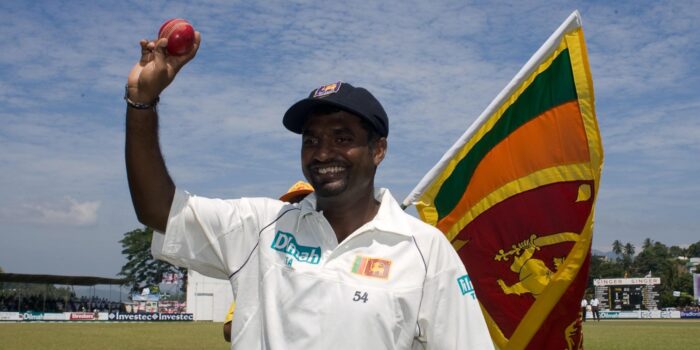 On 7th July 2010, the Sri Lankan magician with the cricket ball, Muttiah Muralitharan announced that he would retire after the first Test match of the 3-match series against India.

When he announced his retirement he had played 132 Test matches and had 792 wickets. Anyone would have decided to first reach the 800 wicket mark and then announce their retirement. Not the thing that he was chasing 800, but he had never put the personal milestone ahead of the team’s performance.

Still, this bloke had the confidence of taking 8 wickets and saying goodbye to the Test at 800 wickets.

In the last match, the rain gave some anxious moments to fans, Day 2 was a complete washout and Murali managed to pick one wicket on Day 3. On Day 4 he picked 5.

A Fairytale end for Muttiah Muralitharan

On Day 5, India were 9 down and Murali was in need of 1 wicket. He toiled for 90 minutes and eventually got the reward by picking Pragyan Ojha. After all the hard work, all the sacrifice he deserved the fairytale ending and he got one. On 22nd July 2010, for the last time, we saw the wizard in the whites, enjoying the last moments with the Sri Lankan squad.