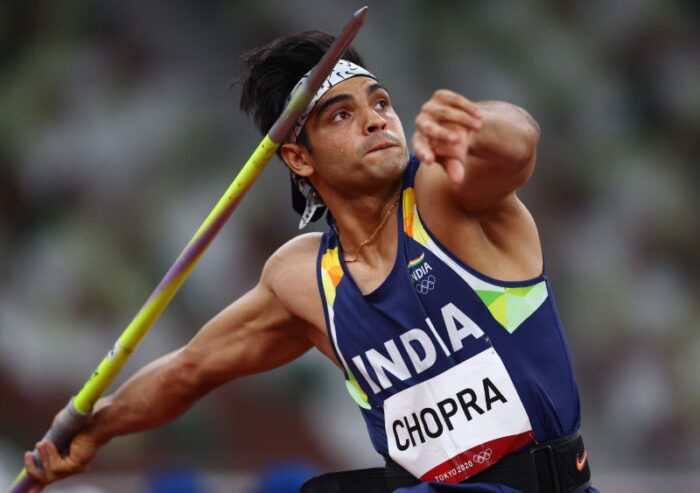 Neeraj Chopra won the men’s javelin on Saturday with a best throw of 87.58 metres to claim an historic first Olympic athletics gold medal for India.

The Czech Republic’s Jakub Vadlejch won silver with 86.67 metres and Vitezslav Vesely claimed the bronze with 85.44.

Chopra, the 2018 Commonwealth champion, seized the lead with a throw of 87.03 on his first attempt, a distance no other competitor achieved during the final, winning India’s first gold of the Tokyo Games as his overjoyed team mates and coaches watched from the stands. 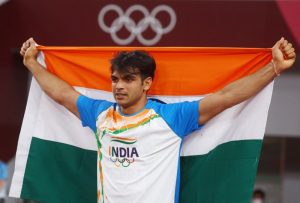 With medals assured, Vadlejch and Vesely attempted to reach the top of the podium on their final throws but each fouled.

“It feels unbelievable,” said Chopra. “This is our first Olympic medal for a very long time, and in athletics it is the first time we have gold, so it’s a proud moment for me and my country.”

With a best throw of 86.65 in his qualifying round, Chopra knew his Games were on the right track this week but never considered the gold a sure thing. 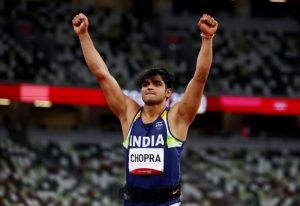 “In the qualification round I threw very well so I knew I could do better in the final. I didn’t know it would be gold but I am very happy,” he said.

Chopra became only the second Indian to win an individual Olympic gold medal after Abhinav Bindra won the 10-metre air rifle event at the 2008 Games.

The evening was a disappointment for Germany’s Johannes Vetter, a favourite for the podium as the only competitor in the final to have thrown over 90 metres. He finished ninth with 82.52.
Share
Facebook
Twitter
Pinterest
WhatsApp
Previous articleTokyo 2020: Meet India’s brightest medal prospect, javelin thrower Neeraj Chopra
Next article[Sports updates in 50 words]: PM Modi congratulates Olympic Gold Medalist Neeraj Chopra over call