Tokyo 2020: Lovlina advances to the semis, assures India of a bronze medal 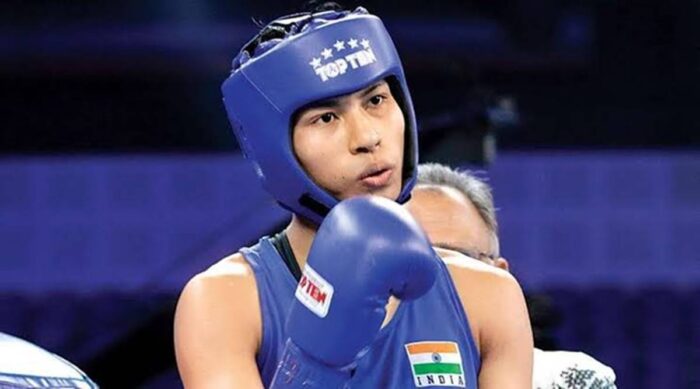 Indian boxer Lovlina Borgohain (69kg) today assured of medal at the ongoing Tokyo Olympics after she defeated Chinese Taipei’s Nien-Chin Chen 4-1 to enter the semifinals. This would be India’s second medal of these Olympics, coincidentally both the medals have been secured by sportsperson from the North-East.

The 23-year-old showed great poise in a tense contest.Borgohain is a two-time World and Asian championships bronze-medallist.The 23-year-old Assam boxer prevailed 4-1 to make the last-four where she will square off against reigning world champion Busenaz Surmeneli of Turkey, who hammered Anna Lysenko in her quarterfinal bout. She was aggressive to start with, followed it up with a tremendous counter-attacking game and kept her defence tight in the final three minutes to emerge triumphant.

The youngster, who was laid low by COVID-19 last year and missed a training trip to Europe because of it, let out a huge scream after the referee raised her hand, pent up emotions finally getting the better of her.

The Guwahati-based boxer had started out as a kick-boxer before Assamese coach Padam Boro steered her towards boxing. India’s previous boxing medals have come through Vijender Singh (2008) and M C Mary Kom (2012). Both of them had won bronze medals and Borgohain would look to better the colour of the medal.

Lovlina Borgohain (69kg) stormed into the quarter-finals of the women’s welterweight (69-75kg) category after defeating Nadine Apetz of Germany in the Round of 16 on Tuesday.