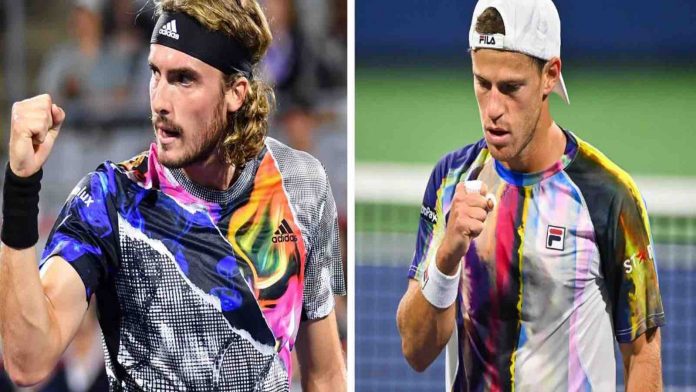 So far this season, Schwartzman has experienced success. This year, he competed in the finals of the Argentina Open and the Rio Open. Despite consistently strong performances this season, the Argentine has not yet won a championship. His campaign hasn’t exactly been smooth so far in Cincinnati. In the first round, he defeated Alex Molcan in three sets, and in the second round, he defeated Aslan Karatsev in three sets, winning 7-6(3), 3-6, 6-2.

Tsitsipas, meanwhile, is in in excellent shape after taking home two victories this year in Mallorca and Monte-Carlo. The Greek lost to Nick Kyrgios in the third round of Wimbledon and the fourth round of Roland Garros before losing in the first round of the Canadian Open. He is now hoping to regain his momentum at Cincinnati. The World No. 7 defeated Filip Krajinovic 6-3, 6-4 after receiving a bye in the opening round.

Schwartzman is accustomed to competing with taller, more intimidating foes and is typically ready with his strong defensive abilities. By playing the ball towards Tsitsipas’s weak backhand return of serve, Schwartzman might potentially outplay his opponent, but the Argentinean serves poorly. The fourth seed in Cincinnati will probably make it to the quarterfinals, albeit the Greek’s style of play is specifically designed to compete with Schwartzman, especially on hardcourts.

Predicition: Tsitsipas to win in 3 sets