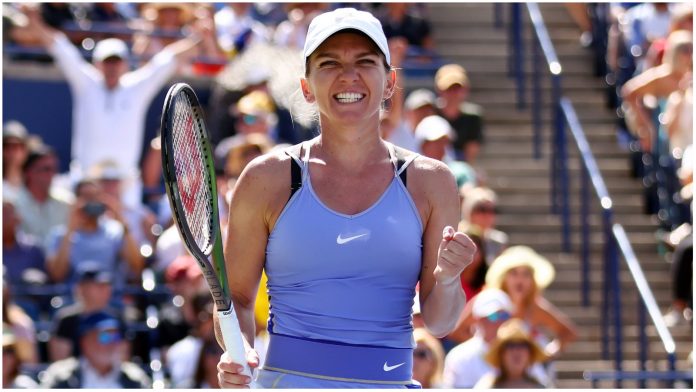 The former World No. one Simona Halep just crashed into the Top 10 Career prize money earner on Monday. She ranks herself at 8th position just after the few biggest tennis players in the Open era. The 30-year-old Romanian conquered this milestone after lifting her 24th career title at National Bank Open 2022.

The 2019 Wimbledon Champion achieved her 24th career title after defeating the sensational Brazilian, Haddad Maia in Canadian Open. She bounded back after her second set lost to Maia to lift the title. She enrolled herself among the biggest tennis sensational players.

Simona Halep is the only women tennis player who is currently an active player after Serena Williams.

Halep also rise in her WTA ranking after the unbelievable win

The two-time Grand Slam champion was out of cover for a quite long time due to a calf injury. However, she returned back on WTA Tours after recovering from her injury pretty slow. With time she improvised her performance and made it to her 9th WTA 1000 final with a complimentary win.

After her incredible win on Sunday, Simona returned to the Top 10 ranking. She jumped from 15th rank to 6th rank ultimately lifting 9 positions up. It all worked up for her from the Wimbledon 2022 where she reached yet another semifinal. Unfortunately, she lost the semis against the youngest Wimbledon women’s champion, Rybakina.