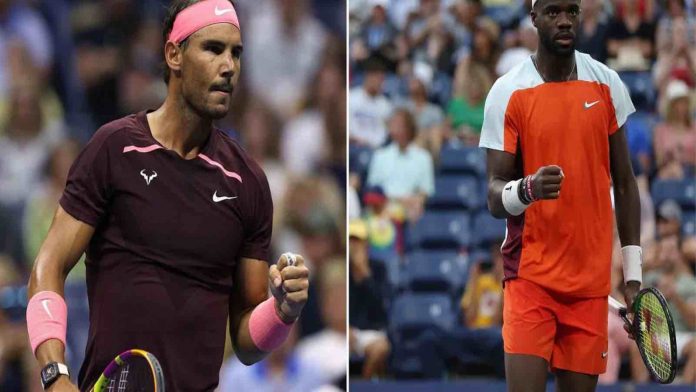 22-time Grand Slam champion Rafael Nadal will lock horns with home favorite Frances Tiafoe in the fourth round of the 2022 US Open on Monday.

After defeating Rinky Hijikata and Fabio Fognini, Richard Gasquet was Nadal’s opponent in the third round. After a couple of difficult performances, the Spaniard would have been relieved to face an opponent he has dominated for such a long time (17-0 winning record versus him). The next game was easily won by him, and he went on to win the match 6-0, 6-1, and 7-5.

After defeating Marcos Giron and Jason Kubler, Frances Tiafoe advanced to the third round, where he faced 14th seed Diego Schwartzman. The first set was fairly up-and-down, with the Americans making repeated comebacks from behind. Midway through the third set, the pair exchanged breaks, but Tiafoe again took control of the final three games to win the match 7-6(7), 6-4, 6-4.

Nadal leads Tiafoe 2-0 in the head-to-head.

Tiafoe will be the toughest opponent Nadal has faced so far, but the Spaniard should be able to get over the finish line.