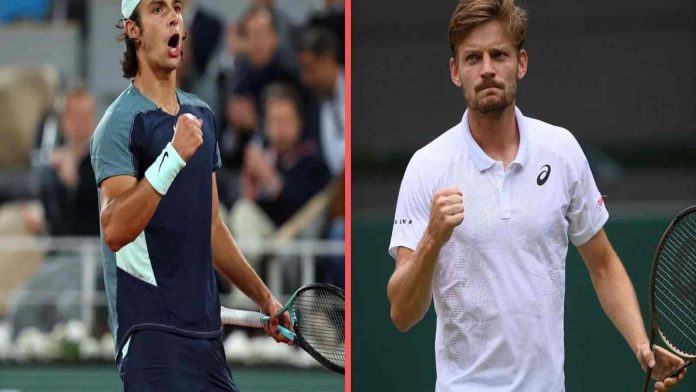 Lorenzo Musetti will face David Goffin in the first round of the US Open on Tuesday.

The Hamburg European Open was where the 26th-seeded Italian won his lone championship this year after shocking Carlos Alcaraz in the championship match. After that, he lost against Marco Cecchinato and was eliminated from the Croatia Open Umag. Musetti entered the Western & Southern Open in Cincinnati’s main draw but was defeated by eventual champion Borna Coric in the first round. At the Winston-Salem Open, he was eliminated in the first round after falling to Richard Gasquet 7-6(5), 4-6, 6-1.

Goffin also took home a victory in the Grand Prix Hassan II final in Marrakech, defeating Alex Molcan. The Belgian competed in Wimbledon’s quarterfinals before falling to Cameron Norrie in a nail-biting five-set match. In the next rounds of the Citi Open, Canadian Open, and Winston-Salem Open, he was defeated. He won two rounds of qualifying for the Western & Southern Open in Cincinnati but lost to Marcos Giron in the first round.

Musetti leads 1-0 in the head-to-head against David Goffin.

Musetti is a fine talent and has a better record on hard courts this season compared to Goffin. However, the Belgian’s experience might see him eventually prevail.