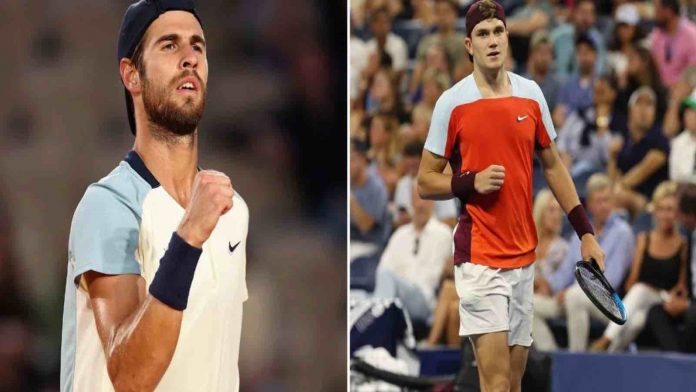 World No. 31 Karen Khachanov will square off against rising star Jack Draper in the third round of the 2022 US Open on Friday.

Khachanov faced Thiago Monteiro in the second round after defeating Denis Kudla in the first round. He got off to a solid start in the match, taking the first set 3-1. In order to increase his advantage, Khachanov received the crucial break in the eighth game and swiftly served out the set with ease. To win the third set, Monterio won three straight games. However, the Brazilian was unable to sustain this form for too long. In the fourth set, Khachanov just needed one serve break to win the match 6-3, 6-3, 5-7, 6-4.

In the opening round of the US Open, Jack Draper defeated Emil Ruusuvuori in straight sets to earn his first victory. In the very opening game of the match, the Brit managed to break serve and followed it up with a hold of his own. Until the finish of the set, the 20-year-old player maintained this advantage. While serving for the set at 5-4, he was presented with three break points but remained unaffected and won the set. Draper didn’t show any nervousness symptoms. In the fifth game of the third set, he carried on with his tasks before breaking the serve of his rival. Soon after, the British player won by scores of 6-4, 6-4, 6-4.

After his victory here, Draper will be filled with confidence. He has come a long way this year. Although the teenager can be troubled by Khachanov due to his experience and skill, the Brit should ultimately win.