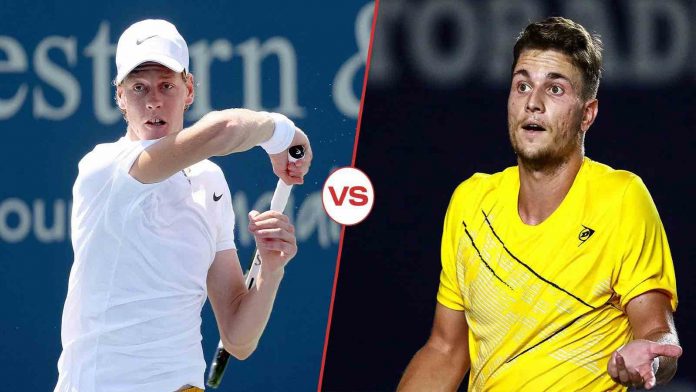 Sinner has won 37 of the 47 games he has played so far this season, including the Croatia Open Umag, which he won by defeating Carlos Alcaraz in. Additionally, he advanced to the quarterfinals of the Italian Open, Australian Open, Wimbledon, Miami Masters, and Monte-Carlo Masters. The Italian started the Western & Southern Open as the 10th seed after losing to Pablo Carreno Busta in the round of 16 at the Canadian Open. After escaping a scare from Thanasi Kokkinakis, the Italian secured his place in the second round. He overcame a set behind to defeat the Australian 6-7(9), 6-4, 7-6. (6).

In his first 47 matches this season, Kecmanovic has won 30 of them, most notably making it to the quarterfinals of the Miami Masters and Indian Wells. Additionally, he advanced to the round of 16 at the Australian Open before falling to Gael Monfils. The Serb lost to Botic van de Zandschulp 6-1, 7-5, and was eliminated from the Canadian Open in the initial round. He then competed at the Western & Southern Open in Cincinnati, where he defeated Pablo Carreno Busta, the winner of the Canadian Open, 1-6, 7-5, 7-6, to get to the second round (4).

Sinner currently leads 2-0 in the head-to-head against Kecmanovic.

Kecmanovic is now much more aggressive and capable of engaging Sinner in a fierce battle. In order to have any chance of defeating the Italian, he must perform at his maximum peak. Sinner should ultimately be able to defeat Kecmanovic and advance to Cincinnati’s round of 16 nevertheless.