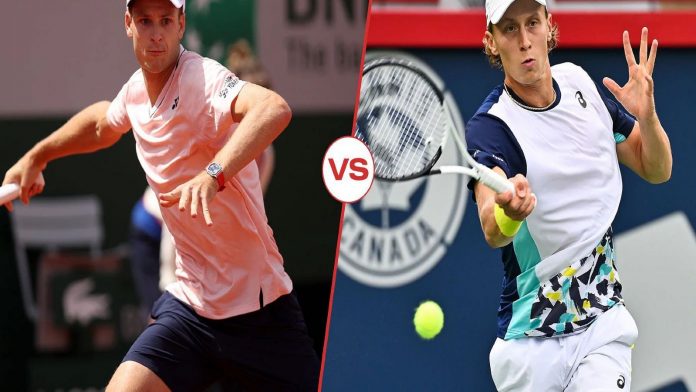 Eighth seed Hubert Hurkacz will face Emil Ruusuvuori in the second round of the Canadian Open on Tuesday.

Hurkacz won the Halle Open after winning 28 of his first 41 games this season. He also advanced to the Miami Masters semifinals and supported Poland in the ATP Cup’s last four. The Pole participated in the Citi Open as the second seed after losing in the first round at Wimbledon. He was given a bye into the second round of the competition as a consequence, where he lost against Ruusuvuori 6-4, 7-6(3).

In 44 matches played so far this season, Ruusuvuori has won 24, with the runner-up position at the Maharashtra Open representing his greatest effort. In the championship match, Joao Sousa defeated him. The Finn defeated Quentin Halys and Jack Draper to go to the Queen’s Club Championships quarterfinals before falling to Marin Cilic. After defeating Hurkacz, he advanced to the Citi Open round of 16, where Mikael Ymer defeated him. The 44th-ranked player in the world then participated in the Canadian Open, where he faced Stan Wawrinka in the opening round. He defeated the Swiss 6-3, 3-6, 6-3 to go to the Masters 1000 tournament’s second round.

he Pole has won 14 out of 21 matches on hard courts this season, reaching the semifinals of the Miami Masters and the Dubai Tennis Championships. He is one of the best servers on the ATP Tour and does not accumulate too many double-faults. He will look to be aggressive in his service games from the start. The Pole’s powerful groundstrokes, court coverage and net play will no doubt be very useful for him. Ruusuvuori has a fine baseline game and he loves to hit his shots with immense power and topspin. The Finn’s forehand is his main weapon and he will look to make the most out of it. While he did manage to defeat Hurkacz last week, the Pole should be able to get his revenge and seal his place in the last 16 of the Canadian Open.

Predicition: Hurkacz to win in 3 sets.