Day 3: One of the electrifying matches for the youngsters, Auger-Aliassime and Jack Draper. 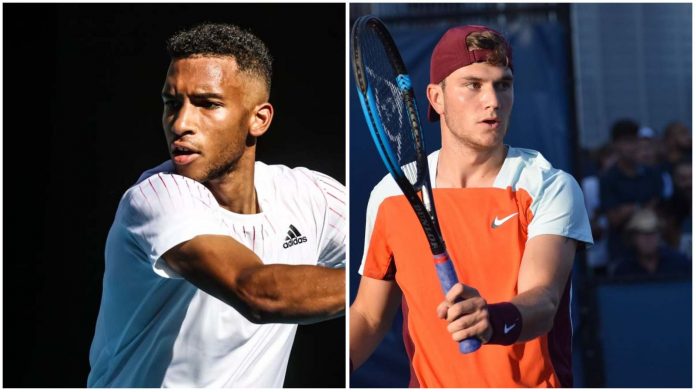 Auger-Aliassime did a fantastic job in his first round against the Swiss, A. Ritschard. The 22-year-old started with the service and settled smoothly into the first set with an early break. Despite of few solid unanswerable backhands by Ritschard, it was enough for him to wrap up the first set by 6-3. A similar pattern was repeated in the second set for Felix to get a lead of 2-0 sets. However, Ritschard did not give up and was ahead with a healthy lead of 4-1 in the third set, ultimately getting the set from Felix. Nevertheless, Auger bounced back strong enough to retrace his path to win the match, winning the fourth set.

Jack Draper, the 20-year-old was sensational in the first round defeating Ruusuvuori in straight sets. Draper finished off it with a blissful ace down the corner. With year another break of serve, he showed solid defence that tuned into an exquisite forehand down the line. After exchanging a few breaks of serves between the two, ultimately Draper made it out from the second set too. He hit double the number of aces as Emil which was a factor in his winning the first round.

It will be the first meeting between the young generation of tennis.

Félix Auger-Aliassime vs Jack Draper Match Prediction: Who will win the match?

This will be a very electric and exciting match in the whole second round matches. Despite this, Auger is much higher ranked than Draper but the match will be neck-to-neck. Draper is highly capable of converting defence into smooth attack. Both competitors are well good in defence and are perfectionists at hitting aces.

Read: Venus and Serena Williams receive doubles wildcard entries for the US Open

Have an energetic day ahead!