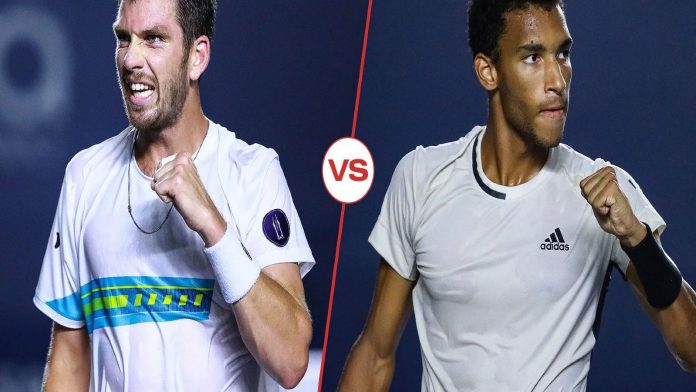 Second seed Felix Auger-Aliassime will take on third seed Cameron Norrie in the semifinals of the Los Cabos Open on Friday.

American Steve Johnson was defeated by Auger-Aliassime 6-4, 7-6(3) in the Las Cabos Open quarterfinals. The Canadian’s season has been respectable. He led his own nation to victory at the ATP Cup to kick off the year. At the Rotterdam Open, when he defeated Stefanos Tsitsipas in straight sets to win his long-awaited debut ATP title, he finally broke through. Additionally, Auger-Aliassime competed in the Open 13 in Marseille, France, where he faced off in one semifinal and six quarterfinals, including the Australian Open. The Canadian made it to the fourth round at Roland Garros as well, where he forced Rafael Nadal, the King of Clay, into a fifth set before losing.

The reigning champion Cameron Norrie defeated Radu Albot 6-3, 7-6(4) to advance to the semifinals in Los Cabos. The season has gone well for Norrie as well. He won the Delray Beach Open and the Lyon Open titles, and he also made it to the Mexican Open final before losing to Nadal. Four times, including at the Indian Wells Masters, when he was the defending champion, he advanced to the quarterfinals. When Norrie reached the quarterfinals of the 2022 Wimbledon Championships, it was his highest Grand Slam performance to date. He lost against the eventual champion, Novak Djokovic, in four sets.

Felix Auger-Aliassime overpowers Cameron Norrie in head-to-head 4-0. All their encounters have been played on hardcourts, with two of the Canadian’s wins coming this year at the Rotterdam Open and the ATP Cup.

The Canadian will attempt to return all the balls to play and moves well on the court. But the Brit is a counterpuncher with an unconventional way of playing. He uses a lot of topspin on his forehand and a flat backhand to assault the opponent. He is a tricky foe as a result of this. Norrie will keep up his title defence, while Auger-Aliassime will try to reach his third season final and win a second championship.

Prediction: Auger-Aliassime to win in 3 sets.