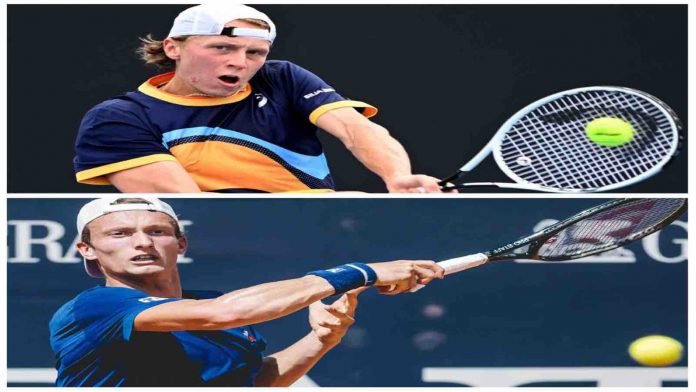 On Monday, September 19, the opening round of the 2022 Moselle Open will feature Emil Ruusuvuori of Finland taking on Jiri Lehecka of the Czech Republic, who is quickly climbing in the rankings.

During the Davis Cup event last weekend, Emil Ruusuvuori was crucial in helping his nation advance to the qualifying round for the next year. Team Finland destroyed New Zealand 5-0 overall, led by their top-ranked player. By the time the tie was completed, everyone could observe the discrepancy in quality and ranking since Ruusuvuori had two singles victories and one in doubles. Now full of confidence, Ruusuvuori will go directly to Moselle to participate in the ATP 250 tournament. He hasn’t triumphed in a match at the tour level, though, in over a month.

Jiri Lehecka was a key contributor to the Czech team’s comfortable 4-1 victory over Israel over the weekend in Tel Aviv. Lehecka’s pivotal second singles rubber, in which he defeated Edan Lesham 4-6 6-0 7-5 after earlier in the day losing his doubles match with Tomas Machac, allowed the Czechs to enter the qualifying group for the following year. For the 63rd-ranked Lehecka, who had lost his past two matches in the first round, including the US Open battle against Cristian Garin, it was a pleasant return to winning ways. The inaugural competition for Lehecka will take place in Metz.

This is their first encounter so the head-to-head stands at 0-0.

Despite Lehecka being the clear underdog before the day begins, this should be a fiercely close race. The Czech can pin Ruusuvuori behind the baseline with some terrific pop on his ground strokes. The Finn will probably progress, but it won’t be a walk in the park.

Prediction: Ruusuvuori to win in 3