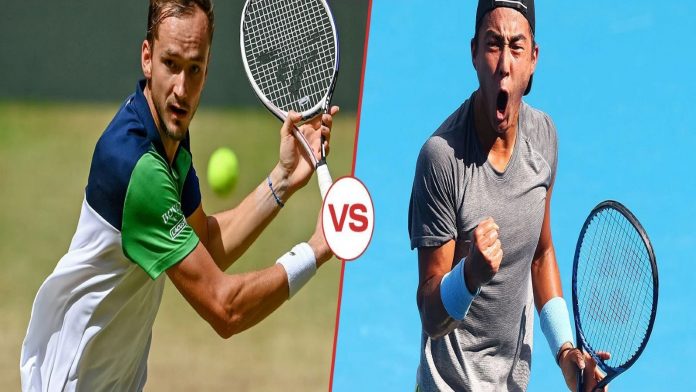 Top seed Daniil Medvedev will take on Rinky Hijikata in the second round of the Los Cabos Open.

Despite having won 27 of his first 37 games this season, the Russian has not yet claimed a single tournament. The most notable final that Medvedev appeared in in 2022 was the Australian Open. Rafael Nadal, a 21st Grand Slam champion, came back to defeat the 26-year-old after falling behind by two sets. During the grass-court season, Medvedev advanced to two finals in s-Hertogenbosch and Halle. He was defeated by Tim van Rijthoven and Hubert Hurkacz, though. After that, the Russian participated in the Mallorca Championships and defeated Aslan Karatsev to get to the quarterfinals. However, Roberto Bautista-Agut defeated him.

This season, Hijikata has largely played on the ATP Challenger tour, as well as the ITF and futures circuit. The 21-year-old entered the Los Cabos Open’s main draw after playing just one ATP tour match to earn his spot. In this match, Rodrigo Pacheco Mendez had to quit due to injury, hence the Australian defeated him.

The head-to-head between Medvedev and Hijikata stands at 0-0.

The Australian, who calls himself an aggressive baseliner, also possesses a respectable serve as evidenced by his eight aces against Rodrigo Pacheco.

Since recovering from his hernia surgery, Medvedev hasn’t been as dominant as one might anticipate, but he should have little issue dispatching Hijikata and moving on to the Los Cabos Open quarterfinals.