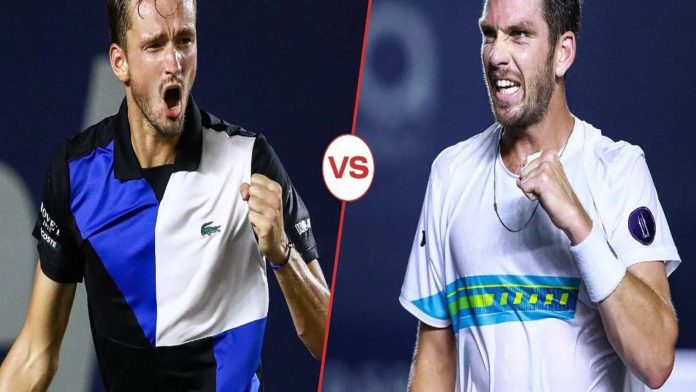 At the Los Cabos Open on Sunday, top seed Daniil Medvedev and third seed Cameron Norrie will compete for the championship.

With 30 victories from 40 matches and second-place results at the Australian Open, Rosmalen Grass Court Championships, and Halle Open, Medvedev has experienced a season filled with highs and lows thus far. The 26-year-old started his campaign by defeating Rinky Hijikata in straight sets, then dominated Ricardas Berankis in his next match. He defeated Miomir Kecmanovic 7-6(1), 6-1 to advance to his fourth final in 2022 as he extended his outstanding run.

With 35 victories from 51 matches and championships in the Delray Beach Open and Lyon Open, Cameron Norrie has enjoyed a strong season thus far. He also finished second at the Mexican Open and advanced to the Wimbledon semifinals. He advanced to the semifinals with convincing victories over Radu Albot and Chun Tsin Tseng before edging Felix-Auger Aliassime to stake his claim to the championship. He prevailed over the Canadian 6-4, 3-6, 6-3 in an exciting three-set match.

In his earlier battle against the hard-hitting Felix Auger-Aliassime, Norrie fought hard to earn a victory. He defeated the Canadian in six of eight break points while winning seventy percent of his first serve points. When the 26-year-old is trying to be aggressive and hits the ball on the rise, his tennis is at its finest. The British player will try to use his forehand to control the Russian, but he will need to be alert and quick because of Medvedev’s superb defence. The top seed should be able to prevail and claim his first championship of the year if he maintains his composure throughout the match and continues to play the way he has in recent days.