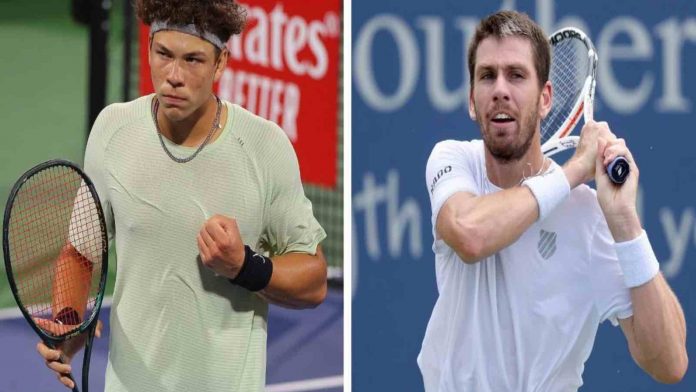 The British No. 1 on the ATP tour has had yet another strong season. He has won 39 of 57 games this year, and he has two trophies to his name from Delray Beach and Lyon. When he advanced to the Wimbledon Championships semifinals in front of his home audience, he even earned a name for himself in the Grand Slams. Novak Djokovic, the eventual winner, defeated him in four sets. Leading up to the Cincinnati Masters, the No. 11 in the world has maintained his form. In the first round, he defeated rising prodigy Holger Rune in two three-set matches. In the second round, he defeated Andy Murray after falling behind a set.

Ben Shelton, meanwhile, has thus far had a fantastic season and Cincinnati Masters campaign. With appearances in two Challenger Series finals and his first ATP Tour victory in Atlanta, the American seemed to have advanced to a new level during the US summer circuit this year. Shelton dazzled Italian Lorenzo Sonego in the first round of the competition with his strong and aggressive gaming. But what really got tennis fans’ attention was his convincing victory over Casper Ruud, the fifth seed. He defeated the winner of the French Open in straight sets, 6-3, 6-3, to advance to his first round of 16 on the tour.

This will be the first meeting between the pair on the ATP tour, so their head-to-head stands at 0-0.

Norrie’s consistent game, powerful forehand and high tennis IQ give him the edge against the teenager and the Brit will likely end Shelton’s dream run in Cincinnati.